For many years now, the Philippines has been the preferred destination of many Westerners in terms of outsourcing their business needs. The most obvious reason why businesses choose the country as their top outsourcing destination is because of the Filipinos’ cultural proximity to the Western culture.

The Philippines is among the top countries with the highest English proficiency skills. Currently, the country bagged 20th in the global ranking, out of 100 countries listed in Education First’s English Proficiency Index.

Since 2010, the Philippines has been the BPO capital of the world. Outsourcing service providers are mostly concentrated in Metro Manila. However, due to the continuous initiatives of the government, slowly, these companies have spread to various parts of the country.

Here’s a list of the Top 10 outsourcing cities in the Philippines including some information for each city.

Cities in the Philippines

As of December 31, 2019, there are 146 cities listed in the country, according to the Department of Interior and Local Government. Region IV-A Calabarzon has the highest number of cities in their region with 20 listed. This is followed by the National Capital Region, Western Visayas, and Central Visayas with 16.

Among the list, 33 are already highly urbanized, including other cities in Metro Manila, Cebu, and Davao. Outsourcing helps these cities and their regions to develop and be competitive when it comes to technology and modernization.

Tholons produces a report which ranks the world’s major outsourcing destinations on an annual basis. Outsource Accelerator covered the Philippines’ 2017 performance in the Tholons ranking in its Newshub at the time.

Currently, two of the outsourcing cities remain on the list. This was mainly due to the surge in rankings of Sao Paulo, Brazil (from 27th last year to 6th this year), and Buenos Aires, Argentina (from 33rd to 10th).

The report argues that global outsourcing leaders like India, the Philippines, and China are being shaken by disruptors like Canada and Israel. Meanwhile, innovators like Brazil and Chile are going to collectively redefine the leadership for the next decade, according to the Tholons report.

The government through the Philippine Economic Zone Authority (PEZA) continues to extend its efforts in developing rural areas outside Metro Manila. With this, businesses should expect certain regions to have their top outsourcing cities in the future.

Top 10 outsourcing cities in the Philippines

The Philippines remains an expert in the global outsourcing industry. The country’s labor market consists of a seasoned and well-trained workforce that operates at high standards.

With the increasing government effort to expand the outsourcing sector, businesses should expect that the leading outsourcing cities will increase and improve in the following years.

Below is Outsource Accelerator’s list of the top 10 outsourcing cities in the Philippines. 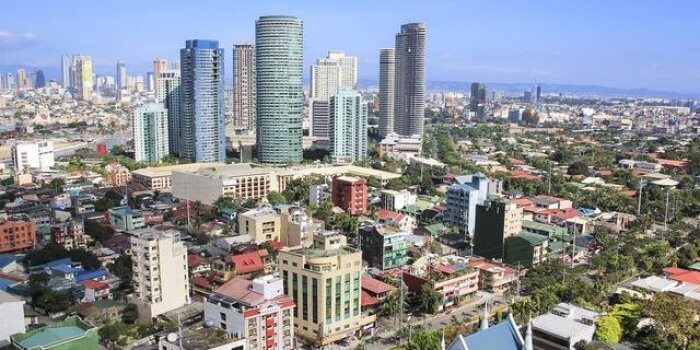 First, Manila is the nation’s capital and one of the most densely populated cities in the world. It is also one of the wealthiest regions in Southeast Asia.

A fusion of the old and new, Manila houses several historic buildings located mainly in Intramuros, Ermita, and Taft. Skyscrapers, meanwhile, are found in its neighboring cities including Makati, Pasig, Taguig, and Mandaluyong.

Founded in Manila, EMAPTA aims to provide offshore staffing specialized in accounting, customer service, and human resources. Currently, they have over 2,000 staff in different locations in the Philippines catering to 27 clients in Australia.

Located in Ortigas CBD, OutForce combines human skills with digital assets to maximize the effort of giving optimal outsourcing services to its clients. They serve customers across several industries such as accounting, transport, construction, and telecommunications.

Global Process Management, Inc. is another outsourcing company that sits in the heart of the city. A part of Magsaysay Group of Companies, they cater to clients in Scandinavia who require CAPEX and office solutions in the Philippines. 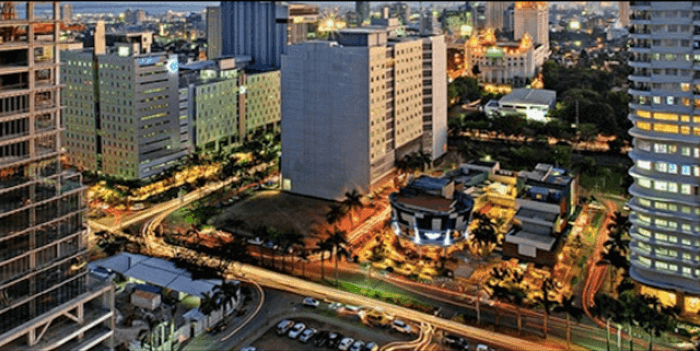 Dubbed “The Queen City of the South,” Cebu City is a highly urbanized city on the island of Cebu. It is the country’s first Spanish settlement, making it the oldest and the second established next to Manila.

It also boasts several business centers and multinational companies choosing to settle in the south of Luzon. Its BPO services sector is vastly gaining traction in the global outsourcing market.

EB Call Center specializes in outsourcing customer and technical support services to small and medium businesses. Currently, most of their clients are located in the US, UK, Australia, Canada, and Singapore. 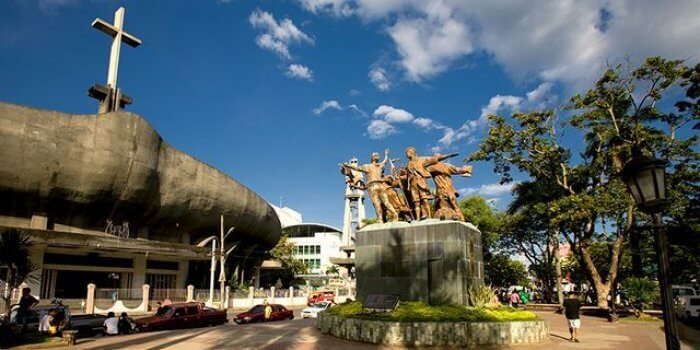 Known as the “Durian capital of the Philippines,” Davao city is home to the current President Rodrigo Duterte. It is the third most populous city in the country and the most populous in Mindanao.

Being in the center of Metro Davao, the city is the main trade, commerce, and industry hub of Mindanao.

Formed in 2005, Six Eleven Global Teleservices is one of the oldest solution-focus contact centers in the Philippines. They specialize in providing sales, marketing, and customer support to their clients in other countries across the globe.

Starting as a customer service company, VXI Global Solutions expanded its offerings into software development, multilingual support, and infrastructure services. The company offers the widest range of global services and provides unparalleled solutions to businesses around the world. 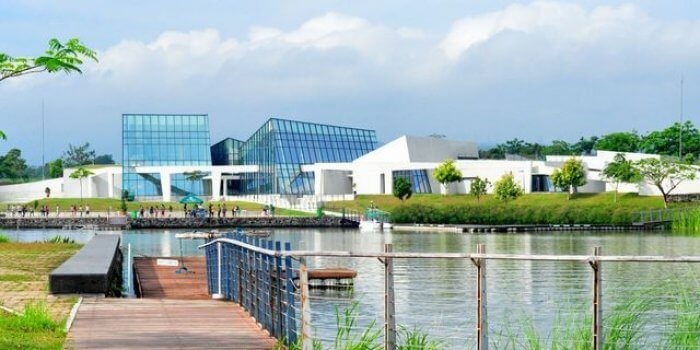 The City of Santa Rosa in Laguna is the province’s second-largest government unit next to Calamba. Dubbed as the “Motor City of the Philippines,” the city houses Coca-Cola and Toyota manufacturing plants and Paseo de Santa Rosa, the third-largest complex in Laguna.

One of the city’s famous attractions includes Enchanted kingdom, a Disneyland-inspired amusement park.

Focusing on support and data analytics services, iQor delivers quality output for its clients in a wide range of industries. They provide solutions to customer interactions and product support and hire quality talents to create a competitive team.

TeleTech aims to give clients the highest satisfaction with their clients and their customers. They provide consultancy and support solutions specializing in customer care to different businesses worldwide. 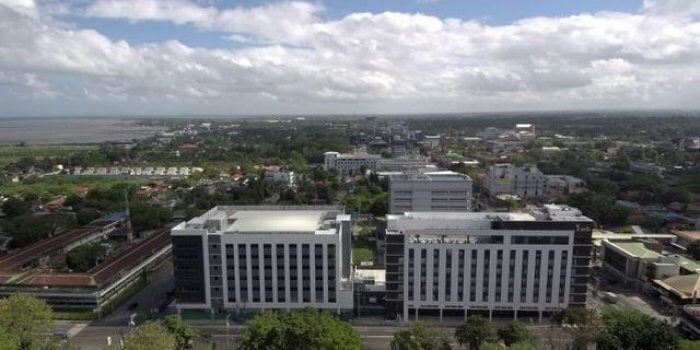 Bacolod is known as the “City of Smiles” for being a relatively friendly city. It also hosts one of the most colorful festivities in the Philippines, the MassKara Festival, celebrated every third week of October.

In 2017 and 2019, The Manila Times named Bacolod City as the Philippine Model City and the most livable urban center in the Philippines.

One of the premier BPOs, Transcom gives customer support and CX solutions to clients aiming to improve their brand strategies. They combine their workers’ skill sets with automation to give the best service in a cost-efficient way. 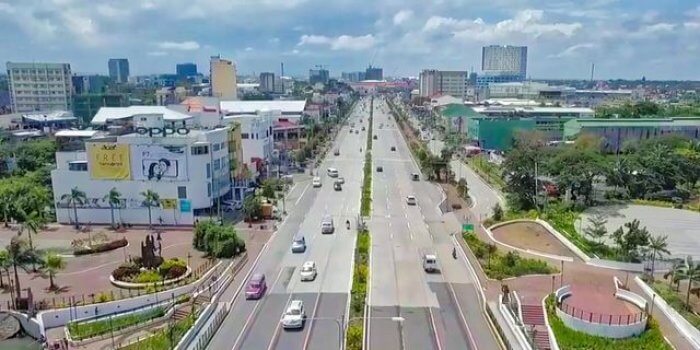 Known for its exquisite heritage sites, Iloilo City was the last seat of the Spanish colony in the Philippines before the Americans came in 1898. It also hosts the annual Dinagyang Festival, celebrated every January right after the Sinulog festival in Cebu.

In 2019, the city was awarded the Most Business-Friendly LGU award by the Philippine Chamber of Commerce and Industries (PCCI).

Primarily, KMC Solutions is an ISO-certified workplace and staffing provider with offices across the country. They deliver effective business solutions through seamless integration for the offshoring needs of their clients. 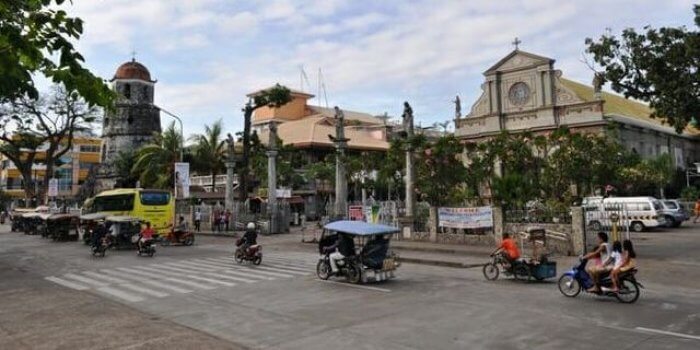 Being known as the City of Gentle People, Dumaguete City’s residents are mostly friendly, mild-mannered, warm, and hospitable.

The city is also known for housing four major universities in the province, one of them is Silliman University and many colleges where residents go for tertiary education. From this, Dumaguete got its moniker the “university town”.

SOPHI helps businesses grow by providing low-cost and quality call center, back office, and marketing solutions. They offer flexible services depending on the client’s needs and focus on startups and small businesses.

One of the pillars of the industry, SPi Global aims to provide business transformation solutions to its clients. They provide knowledge process outsourcing and support services, especially for businesses in the healthcare, publishing, telecommunications, and education industries. 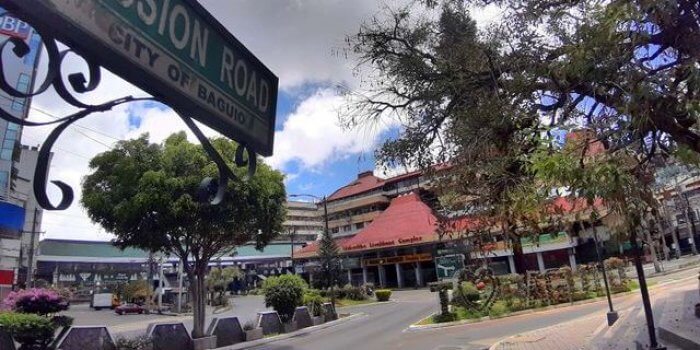 Known as the “City of Pines”, Baguio City is one of the most known summer destinations in the Philippines due to its cold climate. The city was formerly the United States’ only hill station in Asia in 1900, creating its base at the site of an Ibaloi village known as Kafagway.

It also houses famous destinations such as Burnham Park and is known for several old American buildings.

Currently, SITEL Philippines is one of the largest outsourcing companies specializing in knowledge processes, contact centers, and support services. The company caters to small and large businesses in a wide range of industries including financial, telecom, and manufacturing. 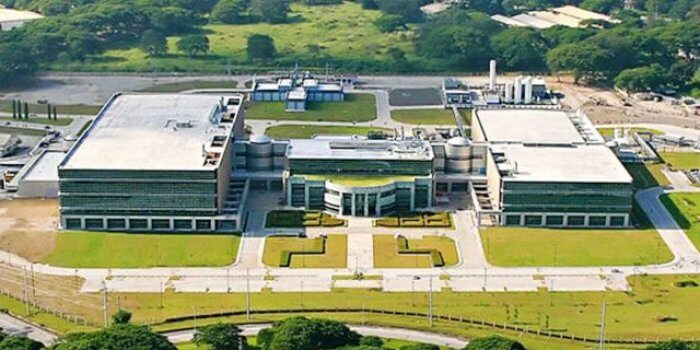 A part of the province of Pampanga, Clark measures over 33,000 hectares covering the parts of Angeles and Mabalacat. The city is close to the size of Singapore.

Shore360, located in Clark Freeport Zone, provides offshore staffing solutions for businesses. They specialize in back-office, SEO, and 3D design services and currently cater to clients in Australia and the West.

Cloudstaff offers flexible and tailored workforce solutions along with quality staffing at competitive prices. The company is committed to building sustainable long-term outsourcing partnerships with its clients around the globe. 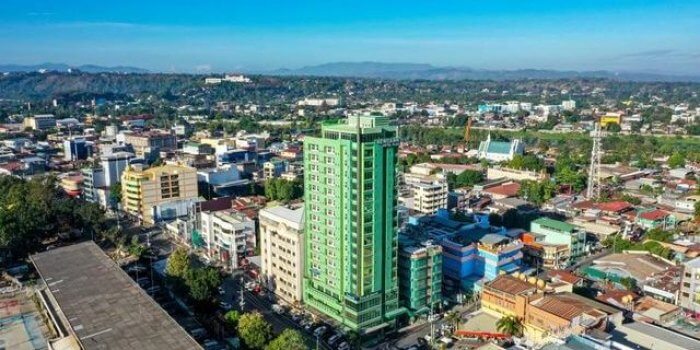 The capital of Misamis Oriental and known as CDO, Cagayan de Oro is a highly-urbanized city in Northern Mindanao. The city serves as the center and business hub of the region. CDO is also known for white water rafting and kayaking.

Teleperformance is an outsourcing provider offering omnichannel customer management support for clients looking to enhance their customer experience. Helping businesses for decades, the company has gained an advantage over its competition and has been able to provide the best customer experience for them.

The top 10 outsourcing cities in review

There you have it, the top outsourcing cities in the Philippines. The list was handpicked by Outsource Accelerator and it is aimed at helping you jumpstart your outsourcing journey.

With the solid state of outsourcing in the country coupled with the government’s unwavering support, the BPO industry in the Philippines will continue to flourish for generations to come.  This is why it is not surprising to see a longer list this 2018.

The top 40 outsourcing companies in the Philippines

The Philippines is one of the world’s leading outsourcing experts.  It has been outsourcing the longest (alongside India) and has unrivaled sophistication, English skills, and cultural alignment.  Outsource Accelerator proudly refers to the Philippines as the “Swiss banking of outsourcing.”

Outsource Accelerator has a comprehensive directory with 3000+ BPOs from different countries, including the Philippines. The outsourcing cities listed above are majorly covered by the BPOs listed in the directory

We provide detailed information, corporate videos, price guides, and reviews for each outsourcing service provider, and we are continually updating and enhancing the information we offer. It is the world’s most comprehensive outsourcing (BPO) directory for the Philippines.