Derek Gallimore talks with David Leechiu, CEO and founder of Leechiu Property Consultants (LPC). Established in 2015, LPC is one of the leading professional real estate brokerage companies in the country and is currently in the epicenter of the commercial property market.

The commercial property market in the Philippines remained resilient despite the COVID pandemic. In this episode, Derek and David will discuss its nature, how BPOs helped it remain afloat during lockdowns and the future projections and expectations in its market growth. 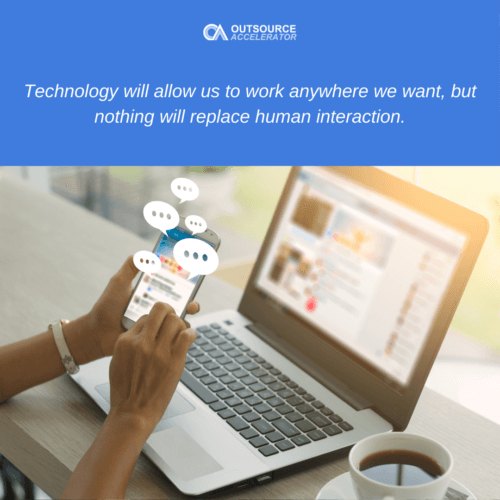 David Leechiu is the CEO and founder of Leechiu Property Consultants (LPC). LPC is a leading brokerage and consultancy firm helping individuals and companies navigate the Philippine real estate market.

They have been in the center of the commercial property market in the country for more than five years now.

David himself has earned more than 26 years of experience in the industry. He once ran Jones Lang LaSalle Leechiu (JLL Philippines) for eight years before deciding to build LPC with his colleagues in 2015.

As David explained, LPC “tells people how to invest in the property market.” The company has a very prominent [and] disproportionate market share in the BPO industry, having nine out of 11 largest BPOs in the country as their clients.

Aside from this, LPC as well does property valuation, appraisals, and feasibility studies.

The Philippine commercial property market for the last 26 years

David credited the BPO sector and overseas remittances as the drivers for economic continuity in the country. According to him, remittances continue to rise even though the IMF, ADB, and World Bank projected a significant drop during several economic crises.

The BPO sector, meanwhile, made the Philippines an “anti-crisis platform” for countries in the West, directly correlating financial crises into the spike of demand in the industry.

In terms of real estate, David recalled property loans having around 26-40% interest rates. It has since gone down to a cheapest 3% a year for prime borrowers.

The Philippines’s investment grade has also increased over time, nowadays having a BBB credit status. Yet, credit agencies continue to watch “how [we are] managing the COVID crisis”.

David as well noted the economic issues that have been solved in the past 20 years, resulting in the following:

Up to the next six months, the Philippines anticipates around 12 to 15 infrastructure projects in their final stages of completion.

The Greater Manila Area, meanwhile, which connects the National Capital Region to its neighboring provinces, will receive 12 road and transportation projects within the period.

This advancement could bring “the new Philippines” to the population as they get out of restriction, with easier travel and transportation modes to anywhere in the region.

David also projects the country’s per capita will be “more than double” in the next 20 years, translating into a more highly educated workforce, more globally-minded population, and in their case, an increased demand in real estate.

The growth of central business districts

Per David, the office sector in BGC and Makati, two of the business districts in the country, only have roughly 6 million square meters of office space built between the 1950s to 1990s. Up to 1.5 million of them are grade A offices while the rest are grades B and C.

David iterated that the office spaces built decades ago were replicated and built “about the same stock” in the last 15 years, increasing the number of office spaces in the areas.

Indeed, the country has gone a long way from being an obscure country in the 2000s. David said, “the Philippines [has] now either the second or third largest headcount globally of many companies” such as JPMorgan (17,000) and Chevron (8,000).

The commercial property sector maintained its resilience despite offices being closed during the pandemic. David gives two reasons behind this.

For one, the private sector has minimal debt. The second is that BPOs continue to pay rent even when their employees are working from home.

As for having a work from home (WFH) setup, David agrees that companies are “pleasantly surprised” at the outcome they saw in this arrangement. However, people’s workloads have as well come down during this setup, enabling them to balance their personal lives with it.

Though, as soon as work goes back to 100%, David sees a gradual increase in going back to the office.

Urbanization in the next 20 years

David believes that “we will go back to the office and the urban landscape” in the future, as the world did after the Spanish Flu outbreak in 1919. He mentioned that technology allows people to work anywhere, but “nothing will replace human interaction”.

One of the reasons for this is the data security concerns raised during remote working. In his experience talking to CEOs and C-level people, most companies realized the blatant increase in “breaches to security, data privacy, and contract negotiations” in around 15 to 18 months of the pandemic.

The only way companies can recuperate from this is through enforcing tighter controls in accessing information and contract negotiation as their employees rapidly go back to the office.

As for the demand in office spaces, LPC saw a record 1.7 million square meters of new leases in 2019. Per David, this is the third-highest demand in the world, next to Shanghai and Beijing.

All in all, LPC remains positive that the property market will see a strong comeback for the years to come, gradually going back to its 2019 numbers for the next two to three years.

POGO and the Philippine economy

David believes that the current administration “made a conscious effort” to open up its relations with China for the first time in decades. This placed the country “on the chessboard of geopolitics” with Chinese tourism at its gateway.

Per David, the Chinese tourism market was the largest foreign market in the country prior to the pandemic. The online gaming industry was one of its gateways. However, the industry is not just focused on China, but on several other companies in different countries such as Singapore, Malaysia, and Australia.

A reason for the boom of POGOs in the country is due to their “free access” to the Philippines. While they are heavily regulated or isolated in other countries, the Philippines allows them to locate in its major business districts and have more humane work environments.

All in all, the Philippines plays a major part in the POGO market. Also, since the industry employs foreigners unlike the BPO sector, this translates to an “equal amount of demand for residential property in the country”.

For inquiries on the property market and interests in LPC, check out their website at leechiu.com.