Business Process Outsourcing (BPO) is a model that generally involves contracting certain aspects of a firm’s operations and duties to a third-party provider. The nature of this outsourcing may be freelance or on a contractual basis.

A freelancer normally refers to a self-employed individual who isn’t a part of the formal organisational structure. A freelancer usually has the capacity to work for multiple clients at the same time. A contracted employee refers to an individual who works for a company for a clearly defined period of time, and it may be as little as one day or may run into multiple years. A contractor has a more formal obligation to the employer, and both the parties normally agree upon a defined contract. A full-time employee is a permanent employee of a firm who is subject to all the rules, regulations, and benefits of the firm. Such employees normally have clearly defined working hours.

How the BPO industry works in the Philippines

The BPO industry in the Philippines took off during the early 1990s, but it only started booming in earnest after the new millennium. The BPO industry began to benefit from the presence of a large number of college-educated, English-speaking workforce, and it was seen as one of the answers to the country’s high unemployment rates and the wide gap between the rich and the poor. The BPO industry generated a large number of jobs, and by 2010, the Philippines was labelled as the BPO country of the world ahead of countries such as India and China.

The BPO industry contributes a large amount to the country’s GDP despite employing around only 1% of the population. The industry is projected to grow rapidly in the coming decade as the average age of the population is 22.9 for males and 23.9 for females as of the latest census. With the right advancements in general infrastructure, education, and Internet connectivity, the BPO industry is well-poised to lead to continued economic growth in the country.

The BPO industry in the Philippines is growing at an incredible rate, and in 2016, the industry was estimated to have grown by nearly 17%. The sector brought in a total revenue of $25 billion in 2016, making it one of the country’s most profitable industries. This growth is not expected to slow down anytime soon, and the revenue is projected to hit $55 billion by 2020. The industry is estimated to directly employ 1.3 million people as of 2016.

The BPO Information Technology (IT) industry is currently leading the dynamic growth of the industry. This includes aspects such as software development, engineering design, animation design, and customer/technical support. IT employees are very much in demand right now and as the information security of sensitive data increase, the country is only going to become a more attractive market for large multi-nationals. The country has overtaken India as the leading call centre country, and it is making continued inroads into the more skilful domains. The demand for skilled employees is growing rapidly as growth rates in the call centre industry are not expected to be sustainable. 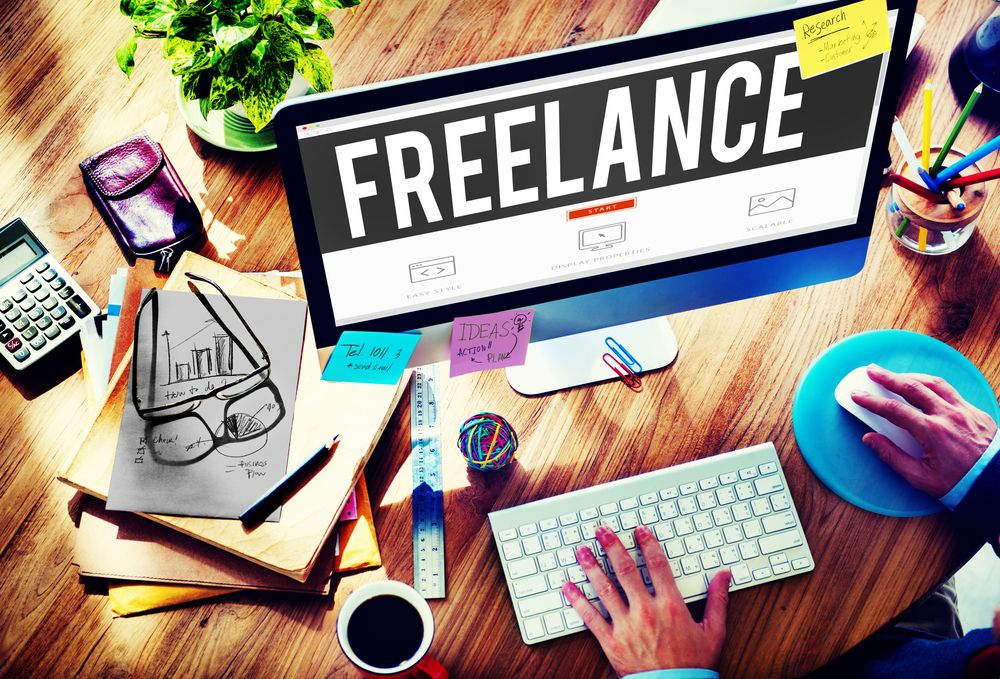 The hiring of freelance workers is gaining popularity in the country, and there are huge numbers of freelance workers in the non-BPO industries. The website Freelancer.com states that the site has as many as 800,000 registered Filipino users. Freelance workers can be hired for any range of tasks, but there are certain tasks that are more suitable for freelancers such as article writing, copy typing, Excel work, and certain data entry jobs. Freelancing jobs are ideal for those employees who need little supervision, coordination or instructions.

The best part about the freelance market is the widespread availability of cheap and quality labour, especially in a country like the Philippines. What is considered cheap by Western standards translates to a lot in the local currency, and as the country has a substantial English-speaking population, firms have a diverse talent pool to choose from. However, cheap is not always good and companies should refrain from only hiring the cheapest possible freelancers. The level of relative freedom is one benefit cited by most freelancers as they are able to function from the comfort of their home. This ensures that firms do not need to allocate a travel budget for freelancers.

A common problem with freelancing is the unpredictable working hours. Freelancers may be pressurised into delivering work at odd hours as the employer could easily move on to someone else who is willing to work at the same time. New freelancers commonly report unpredictable and long working hours as they may need to learn about certain tasks before performing them and work odd hours to ensure that a well-paying client returns with new work. If a business is able to clearly communicate to a freelancer when he or she can expect work, the freelancer is likely to reciprocate positively as the presence of a stable option is welcomed by many in the often unpredictable freelance landscape.

In addition, businesses need not allocate resources for employee benefits such as insurance and paid leaves for freelancers. However, businesses need to ensure that they pay their freelancers on time as payment defaults are quite common in the freelancing sphere. If you default on a payment, you risk damaging your brand as the jilted freelancer can post negative messages on freelancer forums.

Full-time employees are ideal for certain types of jobs and roles, and they may even be necessary to carry out certain projects. For example, if your website seeks to develop a sophisticated application from scratch across a range of different operating systems, the task at hand is highly likely to be complex. Such complex tasks would require constant coordination and teamwork, something that is far easier to do when all the employees are under one roof and working together whenever they are at the office. These projects would require a great deal of coordination and supervision, and it will be far easier for a business to do this than if employees are scattered around the globe.

Contract employees, also known as temporary or temp employees, are workers who are typically hired for a specific period of time. Hiring workers on contract is often a strategy pursued by businesses that seek to determine if an employee is suitable for long-term employment. Traditional BPO companies are also hired on contract by large multi-nationals to manage specific divisions of their operations such as customer service, graphic design, and content generation. In such cases, it is quite common for entire companies to be hired in a country that is inexpensive by Western standards such as the Philippines to work for a European or American company. For such a Western company, hiring employees to perform the same task in their home country is often far costlier than the cost of hiring a BPO in a less expensive country.

Outsourcing customer service is probably the most famous example of hiring companies on contract. In the digital age, this has extended to include social media and online management of a firm’s presence on the Internet. Hiring the companies on contract is often suitable when the tasks that need to be performed are reasonably simple and require next-to-no training. A lack of training is often a prerequisite for hiring a BPO on contract as the hiring firm would expect to be hiring employees that are capable of performing the required tasks without any substantial level of training. As training is often a time consuming and expensive process, it is far cheaper for large multi-nationals to hire workers who already possess the required level of proficiency.

Hiring individual employees on a contract basis for one-off projects is also a popular theme today. For example, if a business receives a project that is slightly outside its area of expertise, it makes sense to hire individual workers on contract. Such contracted employees will possess a good idea of what needs to be done and often have a clearly defined period of employment. They may be transitioned into full-time employment if required. It is quite common for large multinationals to outsource entire aspects of their operations on a near permanent basis to BPOs outside their home countries.

Each of these methods of hiring employees has their own benefits and often the choice is dependent on the nature of the tasks to be performed. For a highly complex task that requires minimal supervision, hiring a freelancer is the best choice. Such a task requires specialised competence and this is often very hard to find or expensive in a BPO. Certain types of freelance tasks may require minimal training or instruction and this can often be easily provided by the hiring firm via Skype or a similar platform. However, if a task requires a great deal of training, hiring a freelancer is not the ideal course of action.

Also, deadlines play a role in the hiring process. For tasks that need to be performed without any leeway for a certain time period, it is not advisable to rely on a freelancer unless the freelancer has an impeccable track record. In such situations, it may be more advisable to keep full-time employees on the payroll who are required to churn out work on demand and are subject to the rules and regulations of a company.

For tasks that require day-to-day coordination and input of a firm’s employees, hiring full-time employees is often the way forward. This is especially true of complex tasks that require special or rare skills. If a firm routinely engages in such complex tasks or if it is their modus operandi, hiring full-time employees is often a necessity.

Hiring or setting up a BPO on a contract basis is ideal when a wide range of relatively non-complex tasks need to be performed for a consistent period of time. This is why outsourcing customer care and call centres to BPOs is very popular across the world.  BPOs are also excellent cost-cutting mechanisms for firms as they can easily outsource simple, uncomplicated tasks to external agents and refocus resources to more specialized aspects of the organisation.

In conclusion, the choice of hiring may be out of a firm’s hands as the nature of tasks required to be performed often call for one type of choice or a mix of different types. Extensively consider numerous relevant factors before deciding on the type of hire required as the wrong choice can easily jeopardise entire aspects of your business.