Derek Gallimore talks with David Almirol, CEO and founder of Multisys Corporation. Founded in 2013, the company provides B2B enterprise solutions for businesses in the Philippines and seven other countries.

In 2018, Multisys was acquired by PLDT, one of the largest telecommunication companies in the Philippines, for $100 million. In this episode, Derek and David will look at David and the company’s humble beginnings, an overview of their business model, and how Multisys sees its future expansion in the foreign market. 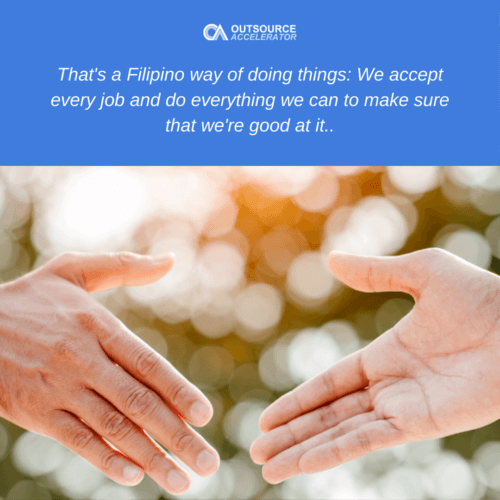 After graduating with a computer science degree, David went to the Middle East as an overseas Filipino worker (OFW) to find his fortune and help his family get by. He juggled several menial jobs, from janitorial services, inventory management, to forklift driving, while in the Army and Air Force Exchange Services (AAFS).

David developed his first systems upon becoming a programmer in his work. He had to prove his worth to his employers by solving problems in different aspects, such as warehouse management. At the same time, he absorbed all of his learnings in his work before deciding to go back home and establish his business after four years of service.

Things did not turn out right for him at the start. His first business, a computer shop, flopped, making him lose all of his earnings and possessions. With this, he went to Metro Manila with little resources to look for a new job overseas. His turning point came when the owner of a recruitment agency he applied to accepted his offer to work for them.

He then started Multisys from getting back into programming and creating smaller systems for small businesses in the Metro.

Looking back at his past mistake, David then realized that his strength is not in entrepreneurship. Being a former overseas worker, he said he wanted to try something new so he ventured into buying and selling computers and other gadgets. Upon establishing Multisys, he regained his confidence and composure at work since he knows programming is his main strength.

He also mentioned that while getting exposed to the business climate in Metro Manila, he observed and realized a few things on the systems and in both public and private sectors, such as:

The company banks on two things: partnerships and empowerment. David envisioned Multisys, not as an IT company competing in the market, but instead providing solutions to other companies. They create and duplicate systems that other IT companies can use as a way to solve their needs.

Though, instead of sales teams, Multisys have business development teams. They rely on their clients to use and sell them while they benefit either through system acquisition or revenue sharing. David sees it like they’re “giving them weapons and armor. As they win, I win; As they grow. I grow; As they dominate, I also dominate.”

For five years until before PLDT’s acquisition, David has grown his teams up to 2,000. They also cater to thousands of clients who have increased interest in the company.

During its acquisition in November 2018, PLDT has decided to retain David as the CEO of the company. He believed this acquisition was not just to increase the value of the company, but they also believed in what they can do. Given that PLDT is a network provider and they are a systems provider, they can work perfectly together.

This became evident when the company continued its growth for the following years despite its slight setback during the pandemic.

Multisys on foreign partnerships and motivation for the future

The company has also opened its services to seven other countries. Though, when asked if he would like to tap into foreign markets, David had a different perspective in mind.

He suggested that instead of developing foreign systems, it’s time for the Philippines to “export what we have”. One of the things he observed when dealing with his first foreign clients was that “the one that we have in the Philippines is something that they don’t have in that particular country,” even a complete system.

Being someone who wants to create futuristic solutions, David implied that the pandemic is somehow a blessing in disguise since the systems he just envisioned and created are now applied in several industries.

As for the future of the company, he believes that Multisys is still in flight mode, and there’s more to do and room to grow.

To those who want to get in touch with David, check out their website at https://www.multisyscorp.com/