For businesses, freelancing has become a flexible way to create a distributed workforce. Most businesses who want to try outsourcing or hiring their first remote workers turn to freelance as an affordable option.

The rise of different marketplaces and collaboration tools gave them the advantage to work with them in real-time. Freelancing also gave way to a lot of workers, old and young, to showcase their skills and use these for their business.

Workers, whether freelancers or not, should also know their market. This helps them determine how much they should charge their services and how they promote their services better.

The recent Payoneer freelancer income report tackles what every worker needs to know about the market, its current trends, and advantages. 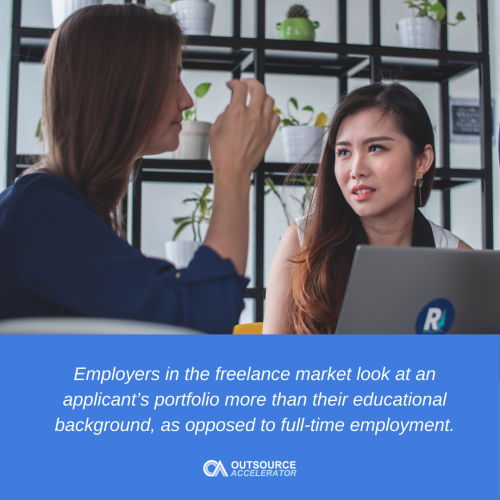 The young dominate the scene, but the old get higher pay

One takeaway from the report: workers who are about to start or to end their career are more likely to do freelancing. Freelancers nowadays start young (18-24 years old at 21%), though middle-aged workers have the largest share (25-34 at 48%).

However, when it comes to expertise, the old still dominates the pay rate. Freelancers ranging from 55 to 64 years of age receive an average of $36 per hour. This is more than twice higher than the rate of their younger counterparts ($16).

Based on the report, the youngest and the oldest bracket also have higher tendencies of freelancing full time.

What about the middle age?

On the same report, freelancers aged 25 to 54 have a bigger tendency to juggle both full-time jobs and freelance gigs. Though freelancing can be a satisfying option for them, the security and stability that comes with having a job still attract them, especially when raising their family.

The location of the freelancers somehow contributes to this. Out of the 69% of the respondents who exclusively freelance, most “all-ins” (77%) come from Western Europe. Majority of those who split their time, meanwhile, come from Central America and the Middle East.

Where do they promote?

Facebook and LinkedIn still rank first among other platforms. However, there has been a rise in freelancers using Instagram, with mobile becoming a dominant platform for promoting. 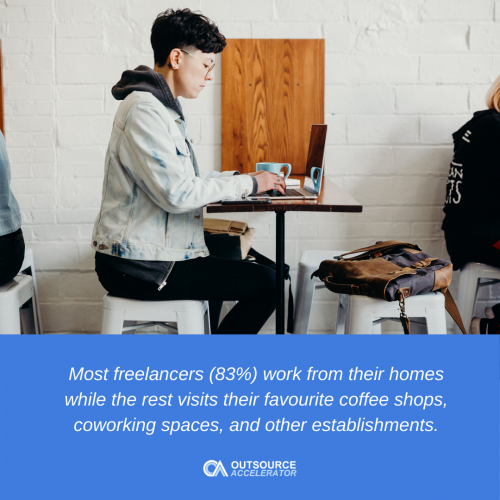 Experience matters, but education is important

The report also covered the importance of experience in the freelancing market. Majority of the respondents were bachelor’s degree holders, while nearly one-fifth (19%) completed high school and a quarter (24%) have postgraduate degrees. Here are some takeaways:

High school graduates ($22) earn a bit more than college degree holders ($19). They find these results consistent with their previous reports. This is because employers in the freelance market look at an applicant’s portfolio more than their educational background, as opposed to full-time employment.

However, those with postgraduate degrees still dominate the pay scale ($24). This shows that having great expertise and higher education can help a freelancer go a long way with their careers.

Freelancers are more satisfied with the flexibility of working outside the office. Most of them (83%) work from the comforts of their home while the rest visits their favourite coffee shops coworking spaces, and other establishments.

However, as per the report, income satisfaction may be slightly lower by a few levels. Within the scale of 1 to 5, the gap between the two factors may range from 0.5 to 0.8. It also varies regardless of high pay or demand on roles.

For instance, freelancers in the multimedia field have the lowest level of satisfaction regardless of their higher pay. Having the highest, meanwhile, are those in the administrative field.

Bonus: Equality in the workplace

One of the things that the newer generation of employees look at their employment is diversity and equality, especially for women.

According to the World Bank Data dated September 2019, women only have 39% of the overall workforce share worldwide. This means there is still room for women to be encouraged to join the workforce, whether freelance or full-time employment.

This report also highlights the rise of women freelancing due to the influx of administrative and translation roles. From 2015 to 2020, Payoneer reported the rapid progress of women in the freelance scene, from 22 to 24%. 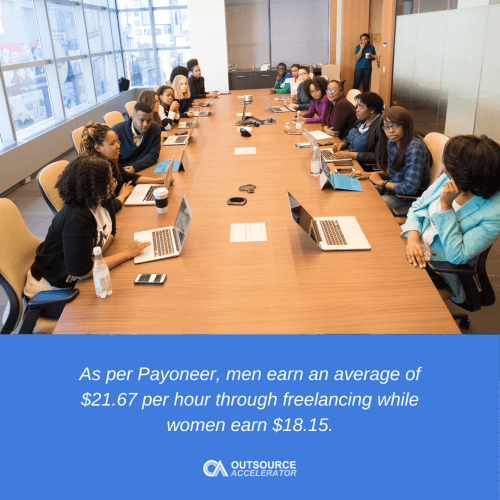 There has been a worldwide campaign pushing to have equal pay for men and women with the same level of work. The World Economic Forum reported that women around the world earn 64% of what their male counterparts earn.

Freelancing poses the potential for achieving this since a freelancer’s portfolio matters more. As per Payoneer, men earn an average of $21.67 per hour, while women earn $18.15, around 84%. Who knows? In the future, freelancing might help achieve the equal pay that everyone deserves.

Freelancing can be more accessible nowadays. Over the internet, everyone can build their portfolio and start young through social media.

Freelancers nowadays also achieve a level of satisfaction when it comes to their lifestyle. However, income satisfaction is still debatable and involves a lot of factors.

This varies according to age, expertise, demand, job level, and gender.

Even though the majority of respondents freelance exclusively, some workers still look for job security to raise their family. This is why some respondents juggle freelancing with their full-time employment.

Freelancing can also be seen as a great opportunity for achieving equality at work. With the continuous rise of women in the freelance market and the almost equal pay level to men, there should be a continuous encouragement for women to enter more freelance fields and use it to their advantage.