Derek Gallimore talks with Andrew Masigan. Andrew is an entrepreneur, economist business, and political columnist for Business World and The Philippine Star.

The Philippine economy has seen its rise and struggles before and during the pandemic. Yet, it is set to slowly cope with the trying times. In this episode, Derek and Andrew discuss the characteristics of the Philippine economy, its struggles and road to recovery, and its bright future ahead. 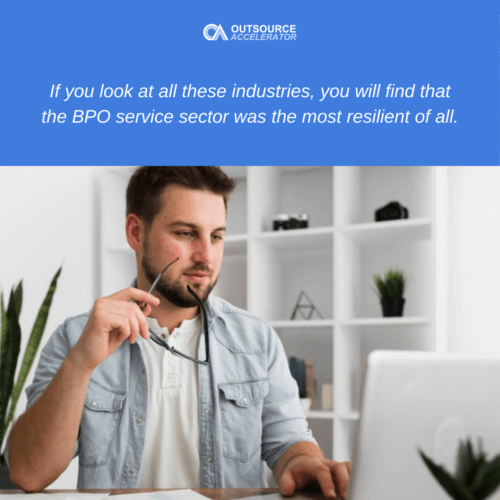 The Philippine economy and its main drivers

The Philippine economy is “one of the more dynamic regions in Asia,” which is a lot considering that Asia is the fastest growing region in the world, according to Andrew. Prior to the COVID-19 pandemic, the economy was growing at an average of 6.3%. As per capita income, Andrew revealed that the country is “only $30 away from being classified as an upper middle income economy” pre-pandemic.

The Philippines has a consumer-led economy, as opposed to the production-led economy by neighboring countries such as Vietnam. What fires up the country’s economy is “consumption among the population,” fueled by remittances by the Overseas Filipino Workers (OFWs).

The country having a consumer-led economy is the reason why it’s “not vulnerable to external shocks.” Andrew noted that the local consumption “fires up the economy.”

BPOs contributions to the local economy

According to Andrew, the Philippine outsourcing industry is the “largest contributor to the economy in terms of economic output.” Last year, the sector “generated something like $26 billion, so that’s about 7.1% of gross domestic product.”

The country excels at a plethora of industries. There’s manufacturing, food processing, infrastructure development, Business Process Outsourcing (BPO), and more. However, Andrew said that “if you look at all these industries, you will find that the BPO service sector was the most resilient of all.” He said this is because the sector hasn’t stopped. While people stopped buying cars, properties, and luxury goods, the BPO services continued, which “helped support the economy during lockdown.

The Philippines “is becoming more affluent,” which is trickling down to the countryside. Andrew thanked the outsourcing industry for playing a part in the development of certain cities outside Metro Manila and Metro Cebu. He cited Cagayan de Oro and Iloilo, which he dubbed as the “new Bangalore of BPO,” as up-and-coming BPO destinations.

Further, Andrew confirmed that outsourcing is “one of the more resilient sectors of the economy,” adding that “it’s still going strong” amid pandemic. He added that the Philippines’ average age is 24, and majority of the population is just entering the workforce. “So you can imagine the momentum of having the whole a whole chunk of your workforce contribute to productivity.”

Plans for the new normal

Andrew stated the different programs and plans by the Philippine government as it transitions into the new normal.

First, he noted that there’s a “conscious effort” on the part of the Department of Education, and the Commission on Higher Education “to revamp our curriculums towards the new technologies that are prevalent today.” He cited providing education about artificial intelligence, and cloud technology, as well as revising the curriculum for engineering and computer science.

As for the vaccination rollout, Andrew said that the government’s target is to vaccinate 70 million people by the third quarter, which is “quite ambitious.” However, he noted that the real question is logistics. The Philippines is an archipelago, and there’s temperature protocols for the vaccines, which is another challenge.

Additionally, he said there’s still a lot of things that we need to consider, like the weather. If a typhoon unfortunately hits the country, then it will stymie the whole program.