In this episode, Derek and Sarah will talk about BIEN’s involvement in lobbying for the right of BPO employees in the Philippines. Currently, a bill entitled BPO Workers Act is under second reading, which contains several demands in improving BPO workers’ welfare. They will also discuss Sarah’s current role in the organization and her perspective on the impact of outsourcing. 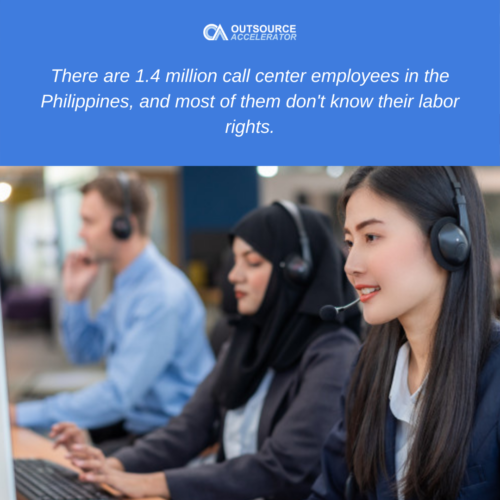 BIEN’s structure and Sarah’s involvement with the organization

Sarah is the current vice president of the BPO Industry Employees Network (BIEN), an “independent network of employees, by the employees and for the employees of the business processing industry [BPO] to promote employees rights and welfare.” Before joining BIEN, Sarah was the founder of the Unified Employees of Alorica, the first BPO union in the country.

BIEN was founded in 2013 with only around 11 members, who are all call center employees. Now, the organization is made up of 3000 to 4000 members and counting.

BIEN is “actively participating in social dialogues in various degrees or levels with government, policymakers, government agencies, and BPO companies through legislation.” Sarah said they are very active in collaborating with partners, unions, in the United States, Canada, Australia, New Zealand, India, and even global unions.

Sarah stated that their work “is primarily focused on exercising the right to petition the government for redress of grievances and to uphold the BPO workers rights.” They have major campaigns and are currently lobbying for workers’ protection. The BIEN VP said that there are 1.4 million (BPO) employees in the Philippines, and “most of them do not know their labor rights.”

Due to this, the union came up with a Manifesto, where they outlined their six major calls “to ensure positive change for workers in the BPO industry.” The Manifesto includes “job security, human condition at work, higher pay, occupational health and safety, right to organize and compliance of BPO companies today.”

As of the date of the podcast recording, the bill was passed under BPO Workers Act and it is now under second reading in Congress.

Positive aspects of the outsourcing industry

Despite the many areas for improvement, Sarah acknowledges the positive impact of outsourcing.

For employers, she said that companies are given a tax holiday, which means that “they’re not paying a tax rate here.”

For employees, Sarah noted that “never ending job opportunities await.” She said that “employees are being trained, they learn a lot of things [about] technology,” adding that workers’ communication skills are “getting better because every day we’re talking to people.”

Clients are coming over to the Philippines, said Sarah, as “Filipinos [are] very warm and friendly, they have a very good neutral accent, and they can learn easily. They are naturally laborers, they can work, [and are] better at multitasking.”

For the government, they greatly benefit from the taxes paid by BPO workers. The BPO sector never stopped operating during hard lockdowns since it’s considered as “essential business.” Sarah further stated that the BPO and call center industry is one of the major factors that lifted the country’s economy amid the pandemic.

For those who’d like to get in touch with Sarah and BIEN Philippines, feel free to send them an email at [email protected]