Derek Gallimore talks with Jonathan De Luzuriaga, CEO of Spring Valley Tech and current President of the Philippine Software Industry Association (PSIA). He has been a guest of the podcast from the previous episodes 211, 219, and 224.

Jonathan has given a lot of insights about outsourcing in the past. Today, he provides updates and information about tech and outsourcing at the time of the pandemic. He shares insights on the comparison of the BPO industry’s progress then and now and the challenges it currently faces, especially when everyone is forced to transfer to remote work. 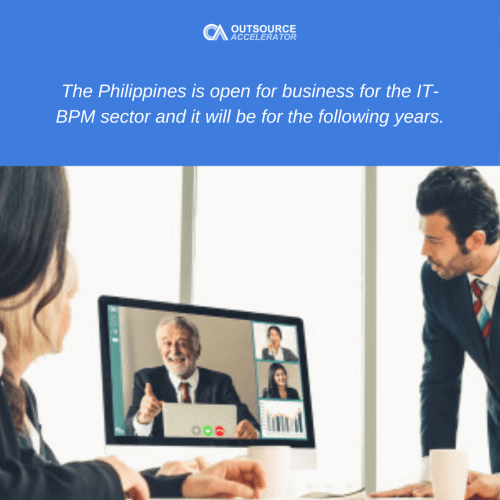 The different verticals of the outsourcing industry

The Information Technology-Business Process Management (IT-BPM) sector has been thriving in the Philippines for decades now. However, there are still misconceptions that the industry only involves call centers and customer support providers.

Jonathan said that the best way to describe the different verticals in the industry is to enumerate the associations that form IBPAP (IT and Business Process Association of the Philippines), which are the following:

The outsourcing industry in the near future

Jonathan sees the outsourcing industry “going to go the digital route.” He thinks that the Philippines stands to get a very good shot at an integral player in this particular equation, as the “entire world is caught in this whirlwind of digital transformation.”

The Philippines is also pushing to get second- and third-wave cities faster internet and better infrastructure to become global players. Jonathan pointed out that this is the reason for the creation of the newest government agency, the Department of Information and Communications Technology. Now there’s a central agency “that could direct the traffic in terms of all the movements on this particular space that could prove to be very beneficial to the nation.”

Jonathan is also looking forward to the two laws that they created, which are pointed towards technology and innovation: The Startup Act and the Innovation Act. He also noted that they could see “a lot of very, very young, tech-savvy, local government [members], even in Congress and in the Senate that truly understand the value of digital and what it could bring to the table as far as the country’s economy is concerned.”

All these put together, Jonathan hoped, will create a wave of appreciation and support for the IT-BPM sector “as it transitions itself from the usual vanilla-flavored services into more higher-value services.”

Jonathan is aiming to create a “smaller version of the Silicon Valley in the US here in the Philippines” when he founded his firm called Spring Valley – wherein people from different influences could actually gather and discuss, develop and deploy technology and innovations. They chose an 11-hectare property in Bago City, Negros Occidental, Philippines as its “technology Disneyland.”

As of now, Jonathan stated that they’ve got a technology school that’s going to be put up, and then several office spaces for people who want to belong to an environment where people are constantly looking at new ways to address problems both locally and globally.

One of them is Clear Pass, which is basically digitizing the health declaration forms people fill out when entering any establishment by using QR codes, and security guards would just scan that particular QR code for people to gain entry. Another one is RnB, or Read and Bill. It’s digitizing the way our electric and water meters are read.

For those who’d like to get in touch with Jonathan, feel free to send him an email at [email protected]