The Outsourcing Summit 2020 (OS2020) started with a very informative live studio panel featuring some of the industry officials and leaders of the outsourcing sector.

Derek started the first session of the Outsourcing Summit by citing talent and cost as main reasons why businesses should outsource. Further, he shared that many people mistake outsourcing for big-scale enterprises, when it’s just as applicable to solopreneurs and small to medium enterprises (SMEs).

Derek noted that now is the best time to outsource, as the world is “heading into its deepest recession.” He added that outsourcing “is not taking jobs, it’s maintaining the strength of businesses so that you can build your business.” 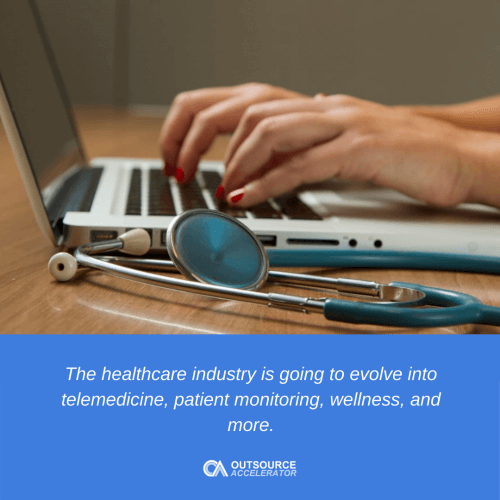 Jeff Williams is a member of the Board of Trustees at HIMAP, a nonprofit organization dedicated to the promotion, marketing and representation of Philippine healthcare information management services to the global market. Healthcare isn’t just call centers anymore, said Jeff, noting that they cover major areas like pharmaceuticals, insurance, (healthcare) providers, and technology.

Jeff also reiterated the “culturalization aspect,” or the similarity of the Philippine culture to the West. According to him, “BPO industry is 1% of the population but there’s another bigger one, OFWs (Overseas Filipino Workers). They go to work in another country and send the money back home. Now, they can go back here, carrying the skills and culture they learned from the countries they worked at, and bring them back here. There’s a lot of opportunities that come with that.

The HIMAP Representative also said that the organization is going “to evolve into telemedicine, patient monitoring, wellness, those kinds of aspects.” 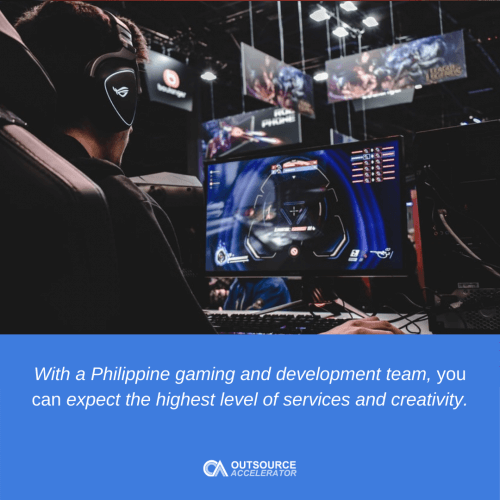 For the gaming industry, GDAP President Alvin Juban is proud of the strength of the Philippines in this arena: digital art. Alvin noted that this can be applied to other areas like games, marketing, and more, especially now that “things are pushed online.” He noted that with a Philippine team, “you can expect the highest level of services and creativity, which can be from the most complex to most basic tasks.” As an example, he cited that they have members creating billboards for US companies here.

The gaming industry prefers to call outsourcing as “external development.” Alvin noted that they are not taking jobs away from anyone.

He added, “we actually feel like employees of our clients, we are not billed by the hour or by the asset that we create. We feel like you’re part of the team.”

Kieran added that “the entire world is adapting, and [the technology that we have now] is making outsourcing easier.

What is the Outsourcing Summit?

Outsourcing Summit is the annual live event that aims to leverage remote, offshore, and global workforces. At the summit, participants are taken a live tour of the leading BPO offices, and they can get the insights of outsourcing leaders in the Philippines – including Outsource Accelerator’s Derek Gallimore.