Australian outsourcing company TBS Global co-founder Sohan David shares his thoughts on BPO operation in the Philippines and the changing needs of clients.

Thirteen years ago, Sohan David co-founded TBS Global, an outsourcing company in Sydney, Australia. After six years, the need to set up an offshore operation became a necessity. In a podcast interview with Derek Gallimore of Outsource Accelerator, he shares valuable insights on choosing the Philippines as well as his observations on the evolution of BPO businesses.

Politics and the BPO

Cost-effective and scalability, these are the fundamental backbone of the outsourcing industry. Unknown to many, there are also other factors that make a country suitable or otherwise.

“The infrastructure system, the banking system, the general resource management,” Sohan said. “I think they are all geared towards outsourcing.”

Policies meant to make it easy to start a BPO operation in the country has already been in place for years. However, red tape and corruption does exist. Recognizing the importance of this sector to the economy and uplifting the lives of the Filipino people, the Duterte administration has been working behind the scenes to facilitate its further growth.

The administration, lost amidst the controversial war on drugs, has been cracking down on erring government officials. “Even a whiff of corruption is enough for the President to be at least suspicious of the conduct even of his closest allies,” Presidential Spokesperson Harry Roque said in a press briefing. To date, there are already many officials fired including those perceived as taking unnecessary trips abroad.

It also takes political will to go up against the oligarchs. For instance, TBS Global and many other companies chose the Philippines because of its excellent infrastructure. However, that does not mean that there is no room for improvements. One of the most significant moves by the current administration is to break up the duopoly in telecommunications.

By allowing a third player to come in, the national broadband capacity is expected to increase to almost twice as much as today. For the average Filipinos, it means better connectivity, speed, and lower costs. Unknown to many, though, is that increasing the backbone is the foundation of the continued expansion of the BPO industry.

Most of the companies choosing to outsource are from the United States, Australia, Canada, Japan, and countries in Europe. Although there is a tiny niche in which Filipinos need to speak foreign languages, the vast majority are English speakers.

However, language alone does not make one country a better choice. In fact, there are almost 60 English-speaking countries worldwide. “The reliability of the infrastructure, and the people and the experience, and just the general nature of people were amazing for us to set up shop,” Sohan explained. Of course, he is not alone for these are the same observations of the many others who chose the Philippines for their offshore operation.

The country is not only at par when it comes to technology. In fact, it is the unparalleled level of support that the government provides that make for a smoother operation. However, the most cited deciding factor is the nature of the Filipino people. Granted that there are cultural differences, Understanding and learning to adapt unlocks their full-potential and much to the benefit of the clients.

As a cultural melting pot with a heavy influence of Americans, Filipinos can comfortably adapt to other nations. In that sense, it makes for a smooth transition when companies set up operations in the country.

Filipinos have a ‘poor’ standard of living, but that does not mean they are less-skilled. Besides competence, Filipino traits are often an invaluable asset. For instance, they are among the most hospitable people on earth. Despite the economic circumstances, they are also among the happiest. As such, they have the patience to endure even the most abusive customers. 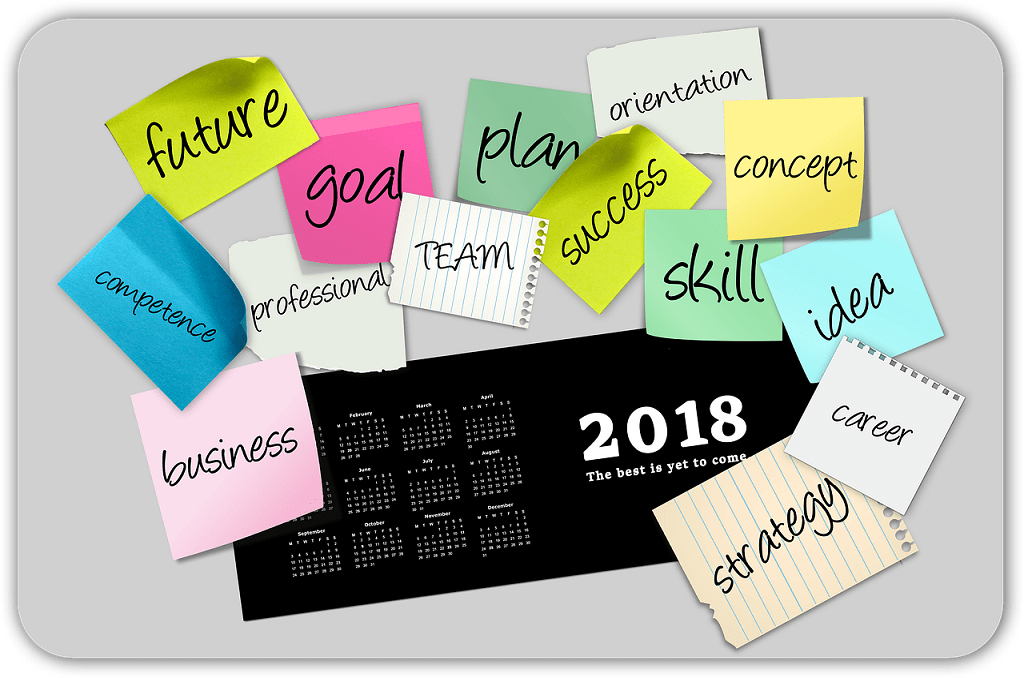 With a projected growth of the sector to twice that of today, it is difficult to imagine how a mature industry that generated over $20 billion in revenue remains in the infancy stage.

The concept of outsourcing is simple. Companies hire the staff and let the BPO company manage and take care of everything else such as training, monitoring, as well as providing the workplace, equipment, and other infrastructure needed.

For the average people, many perceive the BPO industry to be call centers. Perhaps many did start out as such, but that has changed to include many other aspects of a business operation.

Sohan describes TBS Global as a hybrid in which they do not stick to the dogma that a BPO company is either a voice or non-voice provider.

“We knew that there were elements of call center requirements that our customers needed as well as a large component of back-office administration and financial services,” Sohan said. By not limiting themselves to one particular area of service, they opened up more opportunities. Once they have an understanding of the needs, then they can come up with holistic solutions.

Evolution of the BPO

Most clients avail of outsourcing solution and pay by the number of hours worked. In the past years, there is an increase in the transactional model in which clients pay on per-task-basis such as calls made or emails sent out.

As more small-to-medium size companies become aware of outsourcing and how it can be beneficial, the needs have also diversified. In fact, some of the solutions being sought out breaches the very definition of traditional BPO services.

For instance, instead of generating sales leads, some clients are exploring the possibility of paying based on actual sales. In essence, there is a growing niche in which clients are looking to outsource a whole department as opposed to only a part of it. Regardless of the compensation scheme, this is an uncharted territory that presents challenges as much as it offers new opportunities.

As alluded to by Derek in the podcast, it is hypothetically possible for someone to start a company and entirely outsource all its departments.

Sohan, though, believes that this is a risky move. For one, there is no guarantee that this set up is going to be a success. Integration may be troublesome, but it is also an understanding of the goals of the business that can be a hindrance too.

For an outsourcing operation to be successful, clients will need to integrate the key people they work with, and that means letting the provider in on sensitive company information and plans. Unfortunately, many clients are not willing to do that and instead prefer to compartmentalize. Because of that, it becomes more difficult for a BPO company to understand the needs and provide optimal solutions, let alone run a whole department. 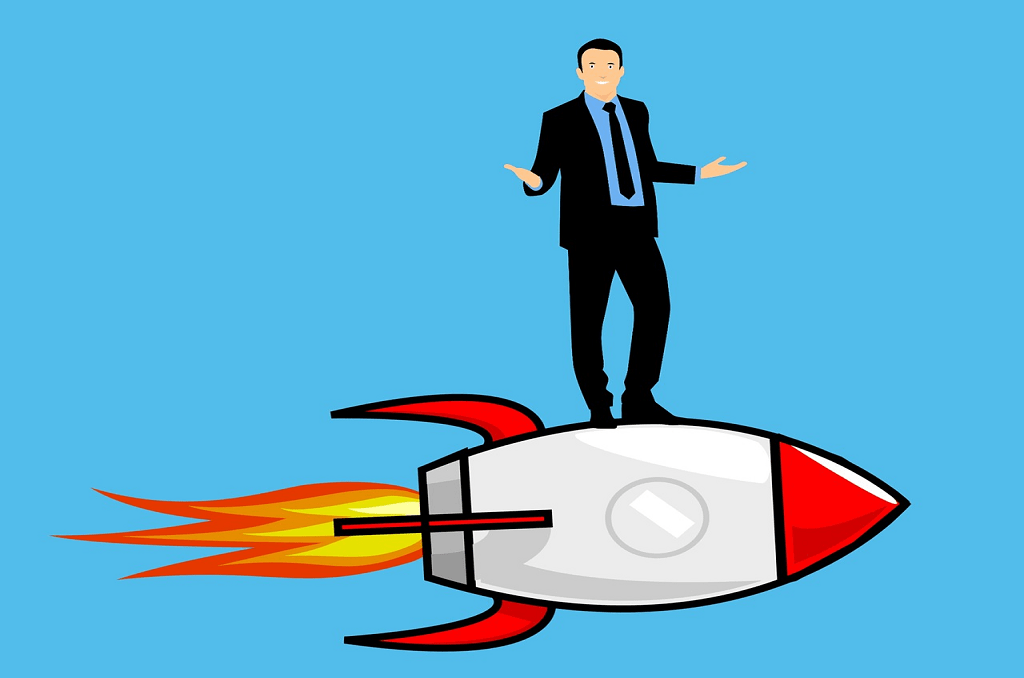 Solutions provider and not a savior

Outsourcing is a means to not only cut down on cost. By taking advantage of the skilled workforce and the exceptional management skills of the BPO companies in the Philippines, it is also a means to improve or optimize a function of the business.

Even so, some clients seek to outsource as a means to save their profit. In fact, some companies only look into outsourcing once their business is in trouble. Granted that there are certain aspects of an operation that can benefit significantly by using a third-party solutions provider, it must be in the context of a long-term solution as opposed to a temporary fix.

As Sohan pointed out, “We talk about a long-term sales strategy rather than depending on that savior mentality.” That is the approach that TBS Global takes to raise the probability of a win-win situation. In the process of doing so, not only do they reach new heights, but they also bring their clients with them.

In the Philippines, the lead government agency in charge of public transportation is having a hard time dealing with the rise of the Transport Network Vehicle Services (TNVS). Uber and Grab has gained widespread use, but there is a lack of regulation. Simply, the local laws are outdated and do not cover the new model of ride-sharing.

In the same manner, there is a perceived lack of regulation in the outsourcing industry. Derek made an interesting analogy of how the services provided is very much like export goods in the manufacturing sector except that it is information-based.

Even as the country has moved heavens and earth to entice new BPO operations in the country, it is possible that there may be further regulations in the future. As mentioned earlier, the industry continually changes. However, when one looks at the outsourcing industry soon to take over as the top revenue source of the Philippines, it is within the realm of possibility that the policymakers will make it even more accessible.

For the foreseeable future, there is never a better time to start an offshore operation in the Philippines. If there is one key takeaway from Sohan and the direction where TBS Global is going, then it is in the value.

“It is about adding value to our clients in the areas that are relevant to them rather than just rolling out a solution for the sake of it,” he explained.

Click here to listen to the full podcast of the conversation between Derek Gallimore and Sohan David.