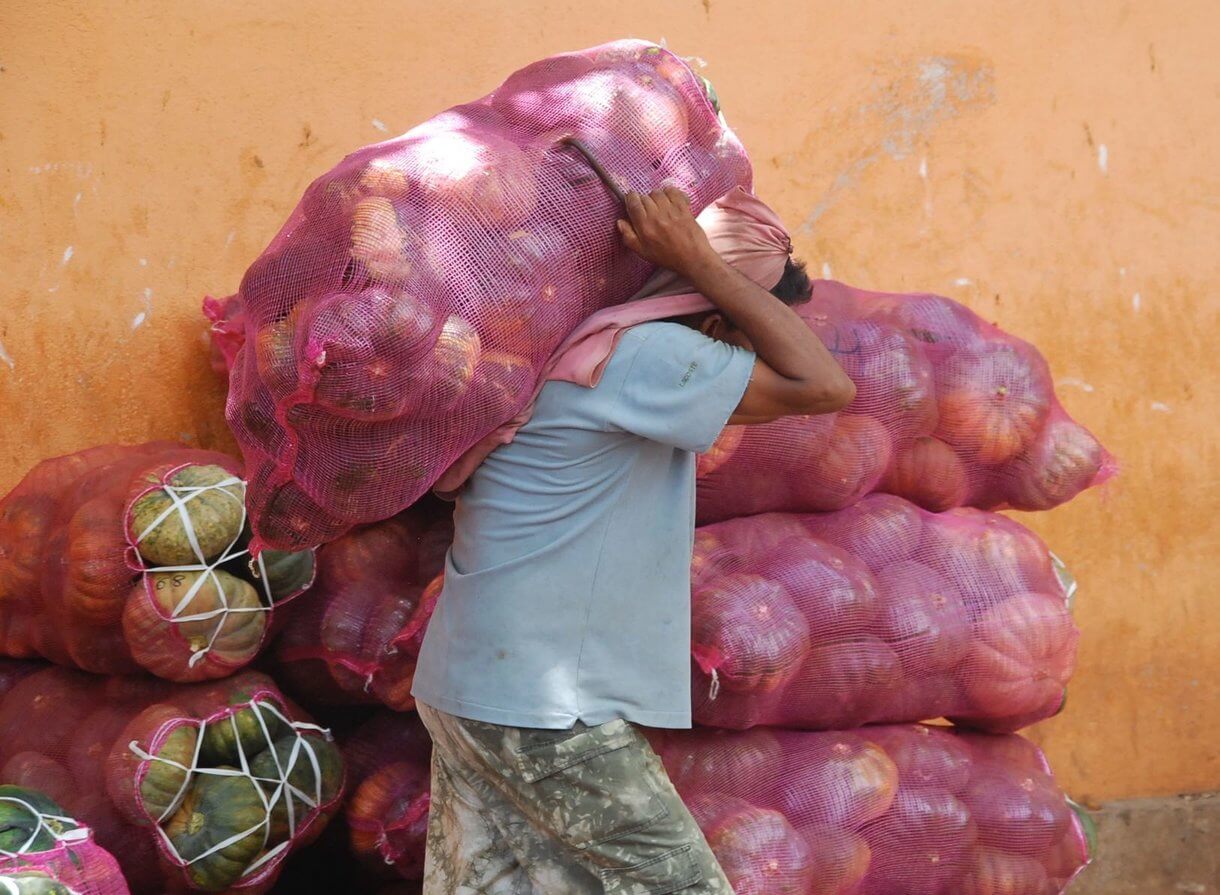 People tend to look away when it comes to the issue of cheap labour in different countries. No matter how forward their labour laws are, it is still practised, especially in developing countries. Immigrants and individuals from the lower-income sector still fall prey with cheap labour practices.

Business process outsourcing may involve saving costs and resources, but it is not cheap labour in general. This article delves into the definition and characteristics of cheap labour, on how countries and employers regulate against it, and the reason outsourcing should not be considered cheap labour.

What is cheap labour

Cheap labour, also known as forced labour, refers to the condition where an employee works hard for a small salary in a terrible work environment. To cut costs, some businesses subscribe to these measures, regardless if they sacrifice the employees’ welfare. Those in developing countries such as Bangladesh and Vietnam are prone to having these work conditions.

Cheap labour usually involves using child labour, setting a 90 to 120-hour work, underpaying employees with less than a penny an hour, avoiding employee benefits and labour protection set by the country, and forcing employees to work on sub-par conditions. According to the International Labour Organization (ILO), there are around 25 million people worldwide that are victims of this practice.

The practice of cheap labour started along with the rise of the industrial revolution. The three industrial countries United States, Britain, and Germany were said to have started using cheap labour for their industrial production. Their first workers were either migrants or people from the countryside.

The labour movement in the US helped workers improve their economic standing and welfare. They negotiated in regulating working hours, standard pay, and benefits for each worker regardless of their immigration status. 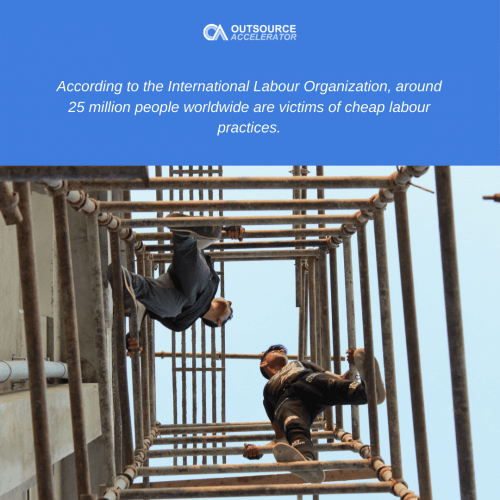 Mostly, developing countries are prone to cheap labour in different forms. These countries include:

China is currently developing its ways and cheap labour is not that cheap anymore. However, during its peak, Chinese manufacturers use workers under 16 years old to work in clothes factories, forcing them to go to work 28 days a month and get beaten when they misbehave.

In a report by the Chinese labour bulletin, teenagers from poor families drop out of school to work in nearby factories and restaurants. Some of them are abducted from their families and forced to go into labour in some parts of the country.

Child labour is still prominent in rural India despite growing outsourcing economy. A report from the Asia Foundation in 2017 cited that 5.8 million child labourers in India work under terrible conditions, the highest in South Asia. 100,000 of them work around 14 hours a day in sweatshops in Delhi.

In a recent report by the Guardian, the majority of workers in India are women and girls. None of them belongs to trade unions and 99% receive only a tenth of the minimum wage.

The Philippines also has a share of cheap labour conditions. This involves the informal or underground sector. 88.1% of employment in the country comes from this. As the Philippine Institute for Development Studies states, it includes the diversified set of economic activities, enterprises, jobs, and workers that are not regulated or protected by the state.

According to PIDS, women are the most vulnerable workers in the sector, having lower earnings, longer work hours, and poor working conditions. 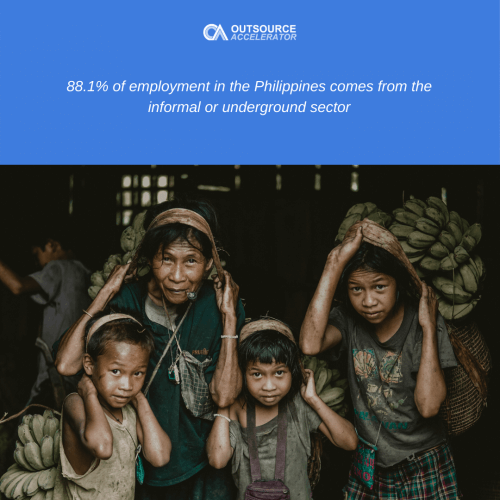 Migrant workers in Mexico, meanwhile, are prone to terrible conditions in the country. In an account of a migrant farmworker, their employers don’t allow them to leave their farms. As a result, they buy their needs in their employers’ store which charges them too much.

They also don’t have contracts, social security, and adequate rest. The worker complained about experiencing to work more than 12 hours for a few dollars, even though she was sick.

Sweatshops and clothing factories are most prominent in Bangladesh. Big clothing companies like H&M, Zara, and Gap contract manufacturing work to this country, regardless of their working condition.

In a report by The Guardian last year, employees in a clothing factory are paid 35 pence an hour for a 54-hour workweek. They are even forced to render overtime just to reach unrealistic targets and are getting ill from the heat inside the factory.

Even in modern times, forced labour still rises in Europe and Central Asia. Almost 3.6 million workers in the regions experience modern slavery, with 91% of them undergo forced labour.

A report from a UK institution suggests that most of the forced work in nine EU countries involve domestic service, agriculture, and clothing industries, to name a few. It also reported that 60% of the workers from these EU countries came from their neighbour countries such as Romania and Bulgaria.

However, this became a burden for its workers. They earn AU$26 a month, or just GBP 13, for their work, tagged as the lowest wages in the world. This barely covers their living allowance especially since their accommodation cost went up to AU$52 due to the influx of workers.

Currently, all countries in the world continue to enforce and implement labour laws to protect the rights of their workers. In the United States, for instance, the Fair Labour Standards Act (FLSA) states a standard federal minimum wage, overtime pay, record keeping, and youth employment standards in the private and public sectors.

In the United Kingdom, meanwhile, labour laws include anti-discrimination in the workplace, maternity leave, and requests for flexible working hours.

The International Labour Organization (ILO), established in 1919, brings together employers, workers, and the government of the United Nation’s 187 member states to set international labour standards and protect the welfare of all workers. 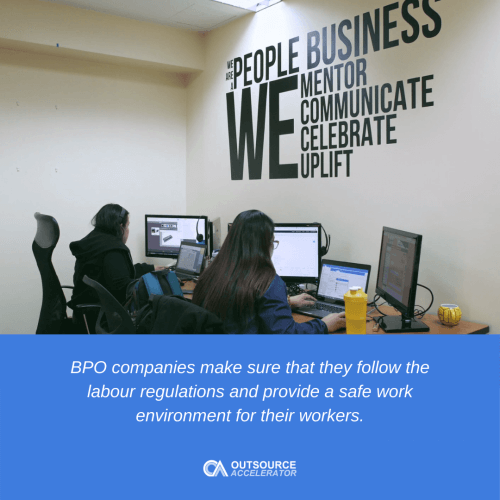 Outsourcing is not cheap labour

Despite its popularity, some labour movements condone the working conditions of business process outsourcing in different parts of the world. Saying it is a form of exploitation of workers in developing countries.

However, outsourcing, in general, should not be considered cheap labour. Governments even encourage it in their countries. BPO companies make sure that they follow the labour regulations of their location and provide a safe work environment for their workers.

In the Philippines, for instance, BPO employees receive a US$ 500 minimum salary. They even have bonuses and incentives and can participate in social events put up by their respective companies. Call centres comply with the regulations regarding benefits and wages in the country. They take care of their employees to keep them satisfied at work.

In South Africa and other developing countries, impact sourcing helps people beyond the poverty line gain employment and harness their skills for their work. This helps them improve their economic standing and contribute to their economy in return.

Outsourcing has helped different countries develop their economies by providing decent jobs to their people. So, thinking of it as cheap labour does not give justice to its contribution.

GET SOURCE CONSULT EXTRA - $39
No thanks, just give me the free toolkit

Select your preferred service
GET SOURCE CONSULT EXTRA - $39
No thanks, just book me the free call