Derek Gallimore talks with Alvin Juban, current president of the Game Development Association of the Philippines (GDAP). A subbranch of IBPAP, GDAP focuses mostly on the video game industry and the companies that develop these.

The gaming industry has seen its market boom despite the pandemic. With this, Derek and Alvin will talk about game development in the Philippines. They will also tackle the markets and aspects that the industry taps in creating a simple video game. 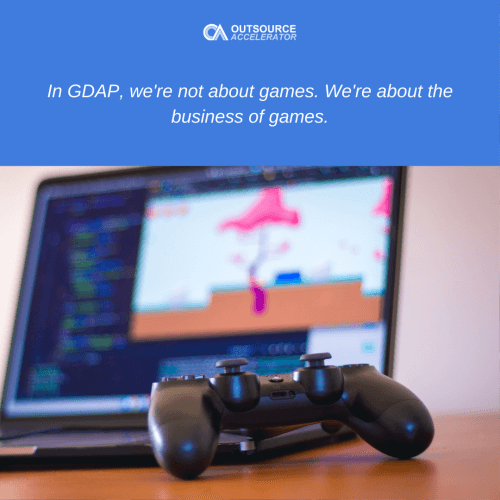 The Game Developers Association of the Philippines (GDAP) was established to promote the Philippines’ fast-rising gaming and animation industry. Alvin said that the organization “produces and supports the video game industry in many kinds of services.” However, he made it clear that they are the “non-gambling type of video games.” He reiterated that in GDAP they’re “not about games.” They’re “about the business of games.”

Game development is still a pretty young and “nascent” industry. Inside GDAP’s membership, Alvin mentioned that they also carry around a few key schools who have been teaching game development in the Philippines, as the industry still “has a long way to go there.”

Pre-pandemic, the big announced goal and running target for the video games industry is “around $159 billion worldwide.” Now that the unexpected COVID-19 pandemic happened, Alvin said that the now-running target is to achieve one per cent of that. It is a developing industry, but it is a huge one. Alvin said that video games have received “global acceptance as a mainstream form of entertainment,” which can “swing countries’ economies.” He noted that we are the fastest rising consumers of video games, so why shouldn’t we be in the game?

Further, Alvin said that CGI video and 3D animation is a key vertical that the Philippines video games and animation industry has not been able to crack.

The gaming sector amid COVID-19

The lockdown restrictions and quarantine measures caused by the COVID-19 pandemic left everyone sitting at their homes with so much free time. It obviously increased gaming participation. Alvin said that they are happy about it, but are “cautious in the way we speak about the great surge in the consumption of video games.”

There was a surge, with Alvin saying that some companies have 150% more year on year revenue because of the six-month-long lockdown. However, in the Philippines, growth was only “a modest 10 to 15 per cent.” This is because video games in the country heavily rely on ads to survive, so even if more people are playing more games, “the revenue did not really accumulate them the way they expected.” In the service sector though, Alvin noted that there’s a 15 to 18 per cent rise, especially in art.

The rise of eSports

Alvin said that esports is one of the highlights of his career. Esports, or the competitive playing of video games, is expected (pre-pandemic) to achieve around $1.3 billion this year. While it is a small amount compared to the $159 billion dollar video games industry, it is a very promising sector due to the following reasons:

For those who’d like to reach out to Alvin, feel free to send him an email at [email protected]