When we first got to know David Prichard from Episode 1, he gave us a quick primer on his life in the Philippines since he migrated from Australia in 2014, his experience on the operations side of online retail platform The Nile, and how the company’s values of being “pragmatic, reliable, friendly, and just damn good value” are cultivated within an “Austral-Asian” working mindset—i.e., Australia and New Zealand, plus the Philippines as key to integration within the region.

This podcast episode with Derek Gallimore takes on a more freewheeling and introspective approach to David’s journey in the Philippines. David speaks about three major business milestones that The Nile has hit over the past three years, and lists the following challenges to be overcome when deciding to outsource in the Philippines: (1) messages (and the process) being lost in translation, (2) unifying different working cultures to achieve the same set of goals, and (3) leaping to open communication channels.

Derek opens the podcast by welcoming David back, and asks for a recap of The Nile’s integration experience into the Philippines in three key points. David proffers the three things that he considers his milestones: the company’s assessment of the need to outsource; the assembly of process documents, key performance indicators (KPIs), and metrics; and the act of breaking against tendencies to follow the process without keeping the end goals in sight.

On the first milestone, or determining the need to outsource, David shares: “[Outsourcing] is going to be a big value you add—that you’re going to be able to scale better, in a different environment, for various reasons—because obviously, there’s a skillset in place, and then labor is more affordable.” Making that primary choice, then, is about assessing how to scale up in the unique environment, and getting maximum value out of the potential talent pool.

After covering the second milestone, David emphasizes the need to cover all the systems and documentation, and conscientiously deal with all the red tape. His advice is that, within the first few weeks alone, an outsourcing agent must be in touch with people who will help them sort through the process documents, KPIs, and metrics. “That’s a really big undertaking,” he admits. “It requires a considerable investment. At least [in terms of] time, depending on how you do it—and you’re going to end up with some very good results there. It’s very important. And that’s something that we spend a lot of time doing.” 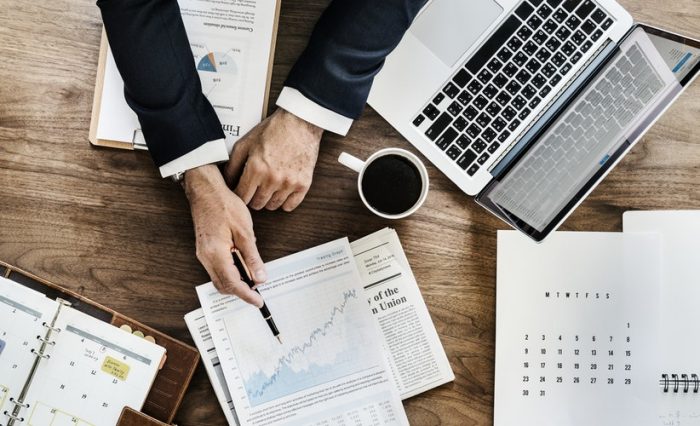 The third milestone, and perhaps a very difficult one to clear, was working against what appeared to be a prevailing cultural mindset—and that is, how workers tend to become so fixated on the process that it affects delivery. David posits the limits of hard-written rules on documentation and metrics when these are taken in isolation.

To him, those can only go so far. “It’s very easy for people to follow a process, but like I said, not think about the end goal or the ultimate purpose of what they’re doing—and [they] suddenly get fixated on simply following instructions without actually delivering,” he elaborates. “And that’s where we had the realization that we had to shift the mindset of our employees—to thinking about the end goal which ultimately, in our case, is serving the customer and creating a better customer experience.”

The best approach to take, then, is to set the end goal in perspective from the get-go. Before any command is given, and any instructions are followed, the employee must be able to clearly answer what the goal of each process is, and what each process will lead to. According to David, whether it be as evident as immediately addressing a customer, or a backend process that is two or three steps removed from that, what is important is “getting our employees to really understand what they’re doing, and why they’re doing it—and no amount of detailed documentation and no amount of individual metrics is going to achieve that.”

Consequently, Derek and David discuss some of these more “intangible” elements in the Philippine working environment, such as gaps that are actually the result of cultural differences or ingrained attitudes. Employers need to be aware that such gaps exist, and must find ways to synergize people of different working environments in order to set them all along the same path of fulfilment. 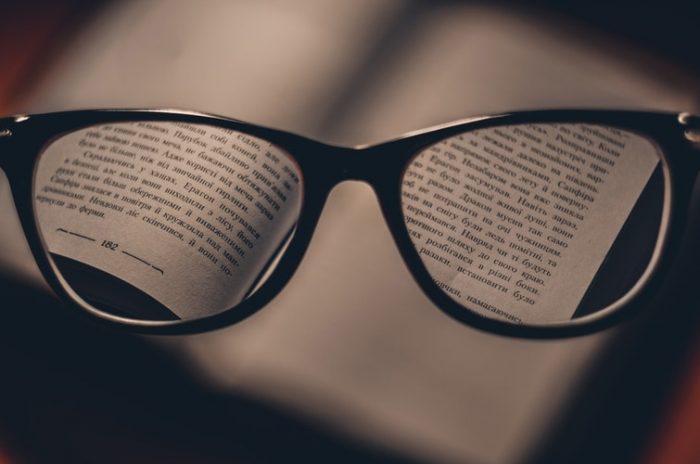 1. Find the things that were lost in translation.

Returning to the idea of being fixated on processes, rather than end goals—as if wearing blinders—Derek broaches on the cultural component, namely the tendency of many Filipinos to be deferential to a fault. In part, this is where the influence of the education system and the social norms within Filipino communities come into play. Filipinos value seniority and hierarchy; they strive for balance and, with this in mind, will refuse to rock the boat.

David agrees, sharing what he learned about this tendency. “Some Filipino employees do not ask questions because it is frowned upon. It is how they were taught, even in schools… and when they go to work, they do not realize that companies would appreciate it if employees ask questions.”

“If, for example, you ask your teacher a question… it’s [as] though you’re just saying the teacher hasn’t done a good enough job of explaining to you what you need to know—so you’re therefore insulting them,” he adds. “And so, they don’t ask questions—they simply do as they’re told, and when you welcome them at your work environment it doesn’t occur to them that we would actually want that.”

Breaking away from the “Yes Mam” pattern may be hard at first, especially when it is so deeply ingrained in culture. But an employee should know that asking questions and exposing problems will not be taken against their performance, or paint them as incompetent or weak. Rather, the ideal employer will make room for questions to be asked and problems to be solved as early on as possible—it is not only an issue of increasing labor capacity, but problem solving capacity.

This fosters self-awareness, honesty, integrity, and collaboration in the workplace—great values that steer away from being lost in translation, or lost along a singular, inflexible way of working. 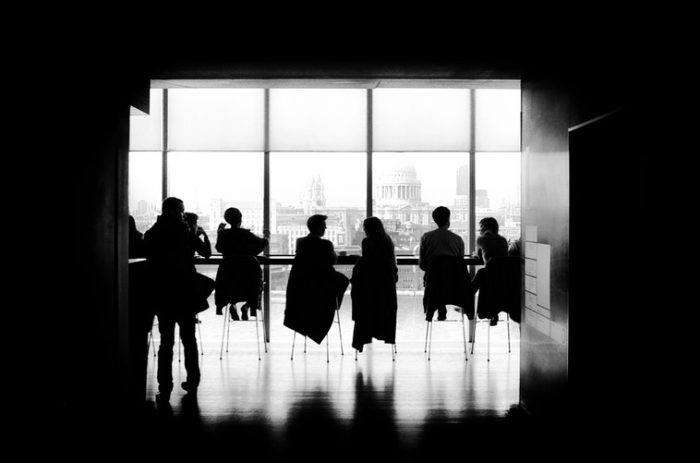 2. Different voices, but one vision

According to David, The Nile was conceived more than 13 years ago as the brainchild of three guys in one room. The futureheads of the company sought to make their collaborative personality, and their collaborative vision on retail, the backbone of its success. But this came with the assumption that everyone else would think the same way they did, or would naturally look at problems through the same lens.

Fast-forwarding to The Nile’s expansion in the Philippines, David realized that this wasn’t the case at all—it was a great challenge without everyone in the same physical room. All the more urgent it became to replicate their company’s brand and core culture, aligning it across the different local and remote offices.

“Although to some extent it is a BPO kind of environment, we make it very clear that we don’t regard our employees as typical several BPO employees; they are actually part of our company, everybody’s much a part of our company as our people in Sydney,” he says. “So, we ruled them into that process; we got them to give us feedback about what The Nile is, and that informed the brand that we’ve created.”

The Nile’s core commitment is to deliver to customers in a way that eliminates their worry and stress; it is easier said than done, but what rules is that the company will keep its promise. David says that internal branding is part of keeping this vision intact. Every individual within the company, local or overseas, is entrusted to internalize the same attitude—relieving the stress and worry of their colleagues by delivering, stepping forward, and showing up. 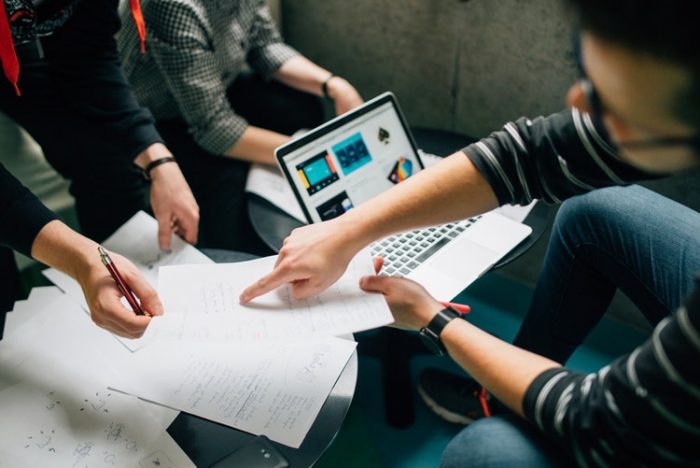 The third and last challenge, which links closely to the previous two, is looking to actively create channels for communication, and close any gaps that could already exist: lack of clarity when it comes to the company’s vision, fine-tuning operational processes, or, just in general, encouraging deeper fellowship among individuals to do the same meaningful work.

One avenue that David advocates is the town hall meeting. “With any company that’s starting out in the Philippines, we’ll discover the need for town hall meetings, which are monthly meetings that occur… like an all-hands meeting where you deliver an overall message about what the company is doing, what’s happening, what kind of success has been happening—the general direction. Those meetings are absolutely critical for us to tell all our employees about what’s happening in the Sydney office.”

In perspective, Derek mentions, the entire process of outsourcing truly forces people to confront such momentous challenges, communication or otherwise—but whatever the outsourcing endeavor may be, the sooner they confront these challenges, the better off the business will be regardless.

What it comes down to, as the two agree, is to think beyond an outsourcing context where people follow processes mechanically—rather, a context where employees are proactive at problem solving, have clarity in forwarding the company’s core vision, and have an increased capacity to help clear several milestones themselves.

For David, “proactive” is a very important term that is constantly used within The Nile’s Manila office; it is a pleasure to see this value embodied by tenured employees. “You start to actually realize that employees in the Philippines, even within the BPO industry are actually capable of a lot more,” he emphasizes. “And I like to say that we want to expand our problem-solving capacity, not just our labor capacity, and that’s about empowering employees, directing them to thinking the right way.”

The best value comes out of this empowerment: when employees understand that that is what you are looking for, both ways, they will respond—and there will be a lot of new potential to be gathered from the Filipino BPO community.

Listen to the full podcast of his conversation with Derek Gallimore of Outsource Accelerator.