Home » Articles » Why Australia is outsourcing to the Philippines

Why Australia is outsourcing to the Philippines 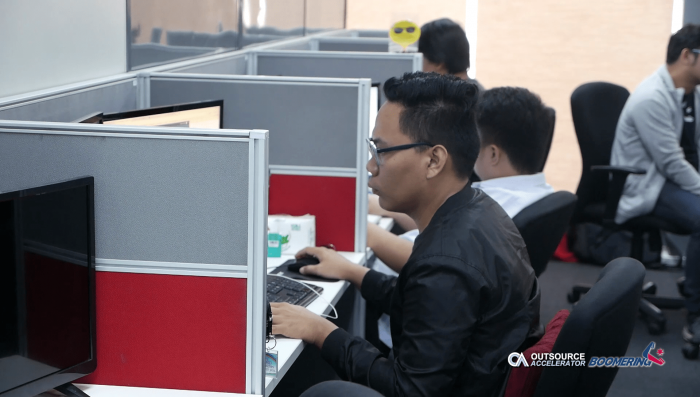 The Philippines has emerged as a premier business outsourcing destination in the global arena. Located at the heart of eastern and western geographies, the island country is an entry point into Asia and a land of great opportunities, especially for Australian firms seeking to outsource their processes or projects. Here’s a look at why Australian firms should keep the Philippines on their radar when planning their offshore outsourcing strategies.

Cross-cultural communication problems tend to arise in an outsourcing arrangement, especially in an ‘east meets west’ scenario. While there are no questions about the provider’s technical proficiency, there could be reservations about the impact of language and cultural differences on communications.

Of course, English language proficiency is critical to effective collaboration, but voice processes also demand a familiar local or at least an easily understandable English accent. Though providers invest in accent training, challenges in comprehension tend to creep in, which can be a small or big problem depending on the nature of the function being outsourced, or frequency of verbal and/or written interactions.

English and Tagalog (Filipino) are the official languages of the Philippines. Locals speak fluent English with a neutral accent; this is in stark contrast to another sought-after competitor outsourcing destination India, where the large variety of local dialects makes it difficult for professionals to speak with a convincing English accent or prevents them from getting across their messages succinctly. This is one of the reasons why the Philippines has overtaken India as the world’s call center capital for voice-related processes.

Having been a Spanish and an American colony in the past, various facets of western culture are assimilated in the culture of the Philippines. Filipinos are regarded for being friendly and outgoing, with the ability to adapt easily to the customs of other countries. Their flexible mindset, hospitable nature, and resilience support easy collaboration and hassle-free communication. While you cannot paint an entire race with a broad brush, culturally, Filipinos can be said to be compatible with free-spirited and relaxed yet achievement-oriented Australians.

Building a good rapport is a key component of a healthy client-provider relationship. Language and cultural compatibility goes a long way in deterring miscommunication, arguments and animosity within or between teams. Managers don’t have to invest too much time on maintaining effective, professional and respectful communication between in-house teams and outsourced workers, and focus on the technical and creative aspects of the project.

Australia is three hours ahead of the Philippines, which means client and offshore teams can collaborate conveniently without either one having to commit to late-night or early morning shifts. This time advantage assumes even more importance for time-sensitive projects where team members need to communicate closely or sign-off on tasks or milestones without delay. When the time difference exceeds five hours, adjustments will be necessary by one or both teams to ensure that performance or project deadline is not affected. Australian firms outsourcing to the Philippines should have no problem keeping communication lines responsive.

It is also worth mentioning that the total flight duration from Australia to the Philippines is less than 6.5 hours. Considerable time can be saved on face-to-face/in-person training, meetings or other critical interactions. Australian firms can avoid the logistical issues that crop up at the time of planning long-haul flights, and enjoy the flexibility to balance their personal and professional lives. Shorter travel distances also translate into minimal jet lag for the busy manager who needs to do multiple trips a month on mission-critical projects.

The education rate in the Philippines currently stands at 95.9%. According to the Commission on Higher Education, the country has over 2300 institutions of higher education, of which 71% are in the private sector, and the rest are distributed in the public sector, or as state or local level colleges and universities. Available statistics suggest that total post-secondary enrollments exceed 3 million, and have increased year-on-year.

As discussed earlier, Filipinos are fluent in English, an advantage they gain early on at their institutions of learning. English and Filipino are taught from the first grade with an emphasis on oral fluency. From grades 4 and 6, they are introduced as languages of instruction, and from grade 6 onwards, all subjects are taught only in these languages.

The government’s education and skill enhancement initiatives have also supported the literacy rate. The K-12 basic education program, for instance, is aimed at producing holistically developed learners with 21st century skills, which set the grounding for higher education, mid-tier skills development, and makes them employment- or entrepreneurship-ready. The initiative is an indicator to potential employers about the skill and employability of Filipinos, and the competitive nature of the Philippines labor market.

IT-BPO has been an important contributor the country’s economy for many years now, contributing over $20 billion. The Business Processing Association of the Philippines has vowed to invest in training current and potential workers in the information technology and business process outsourcing (IT-BPO) sector, a major employment sector. This and other programs are intended to not just further develop but also boost the workforce by over 1.3 million.

For comparison’s sake, The Association Chambers of Commerce and Industry of India found that of the 30% of individuals graduating in the Philippines in 2014 were employable, versus just 10% of Indian graduates.

For Australian firms looking to outsource, the Philippines is hotbed of skilled talent, and as availability increases, so will talent competitiveness, allowing firms to choose the best remote staff for the job more easily.

As far as labor costs are concerned, the Philippines is the most competitive in ASEAN. According to the Willis Towers Watson’s 2015-2016 Global 50 Remuneration Planning Report, the country’s low labor costs make it a more attractive destination than mainland China. The difference in labor costs is especially evident in professional occupations and at the middle management levels, where the average base salaries lag every other ASEAN country. The average base salaries for professionals in China is up to 2.2 times higher than their counterparts.

Wages in Hong Kong, Taiwan and South Korea – traditionally low-cost labor markets – have spiked upwards over the years. A parallel trend has been the fall in labor availability, which has seen foreign firms seek out greener pastures. The Philippines has benefited from this development.

To get an idea about the costs of BPO Philippines, consider a call-center outsourcing scenario. Costs are usually based on the hourly rate, number of full-time employee billed, transactional compensation, and performance-linked compensation. Across all these wage determinants, the Philippines offers a cost advantage versus the same for a worker performing the same tasks sitting in his/her Melbourne or Sydney. While outsourcing locally can cost Australian firms $20/hour along with benefits, offshore costs can can range from as low as $5-$8 per hour to up to $15/hour.

Reports indicate that – on the lower end – Filipino workers earn between Php51.52 – Php174.52 per hour ($1.12 – $3.81); overtime pay can be Php29.11 – Php206.08 (0.64 cents – $4.50). These numbers will vary based on experience level. As with any offshore outsourcing contract, Australian firms can negotiate lower prices, something not possible with local firms especially those located in metropolitan areas.

According to financial services group Nomura, in the infrastructure quality stakes, the Philippines ranks 95th out of 138 countries. While this is not very impressive, it has climbed up in rank over the years, signaling an improvement in ICT infrastructure.

The Filipino population is technology savvy: a report by the International Telecommunication Union found that 36.69% of the population are using the internet, and 26.91 households have internet access. Market research report titled Perfect Digital Storm : Philippines reveals that Filipinos have among the highest levels of online brand engagement and social media usage in the world. These trends can be observed across all income levels. It is one of the reasons why Internet.org selected the country for its pilot project in 2015.

A digitally savvy population is always welcome to employers in any industry in today’s technology-rich business environment. Digital adoption and engagement at an early age among the employable population helps them become job-ready and cuts down on the need to familiarize them with the technology they need to do their job. The built-in tech competency is also a major draw for Australian firms seeking to hire affordable labor for highly tech-supported processes or specialized ICT development.

Government and industry groups have also invested in technical training programs such as video game programming, 3D animation and web design, to improve the overall tech equity of educated workers. Additionally, top outsourcing companies – particularly those located in Special Economic Zones – have benefited from tax breaks, allowing them to invest more flexibly in IT infrastructure and skill-building.

Given the digital penetration and adoption, it can be reasonably expected that the Filipino workforce will continue updating its technology prowess in emerging fields such as cloud computing, business intelligence (BI), data analytics, fin tech, and enterprise application development. Along with lesser skilled professions, Australian firms can also explore the option to outsource development at low costs to freelance workers and start-ups with specialized expertise and credentials.