Here at Outsource Accelerator, we believe that outsourcing is one of the best business strategies a company of any size can adopt. It’s a strategy that empowers a business with a skilled, well-trained, and adequately-equipped workforce at only a fraction of the cost of employing in-house. This, in turn, enables that business to perform its more tedious or resource-intensive work operations more efficiently and at a lower overhead cost, thereby saving money and earning more revenue.

With outsourcing offering such enormous benefits that can easily fuel huge business growth, it’s crazy to think that many companies out there have yet to take the first step into adopting outsourcing into their business strategies. Some have even written outsourcing off entirely, believing it to be nothing more than a fad or a trend that will fade away over time, or that it’s completely optional to growing their business operations. 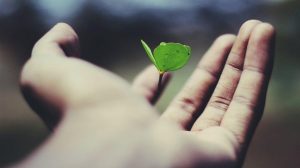 We believe otherwise. In fact, not only do we believe that outsourcing is imperative to a company’s growth, but we also know that it is something that’s inevitable. Companies all over the world— from the smallest startup to the biggest enterprise— will have no choice but to get into outsourcing or risk being left behind in the dust. Either they accept outsourcing as a viable strategy and adopt it in their operations or fail to keep up in this ever-changing and ever-evolving business landscape.

How do we know this? How are we so certain? We only need to look at technology and how it’s irrevocably shaped society and the way we work— the way we conduct business— in general.

Technology has made the world smaller, destroyed cultural barriers, and made borders invisible.

The development of the internet, and the technological breakthroughs that its existence helped fuel, has made our world so much smaller. Communications technology, as it is now, has not only allowed us to talk to each other no matter where we are in the world, but also helped us instantaneously exchange sensibilities that are unique to our point of origin. This can be seen on social media, where netizens of all nationalities and all walks of life share with each other how they go about their day to day.

Because of this, we were able to break free of many cultural barriers. We slowly became familiar with unfamiliar customs and cultures due to constant exposure to them online. We began to find commonalities in each other while accepting – and even embracing – what made us different from each other. We found strength in our diversity.

What does this mean for outsourcing and its inevitability? For one, it means that English has become one of the most widely used languages for communicating. Even in countries where their native language is a strong part of their national identity, proficiency in English is encouraged and sometimes even required for success. This allows companies in the United States and in the West to be able to easily communicate and partner with outsourcing teams based in those countries. 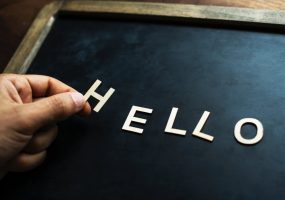 We can already see how this massively benefits western companies, as the cost of labor in the Asian region is often much cheaper than in the West, especially in still-developing countries with a lower cost of living like the Philippines. This translates to a more cost-effective outsourcing team that delivers high quality work.

The rapid cultural exchange afforded by technology has also allowed these outsourcing destinations to be able to better understand and accommodate the cultural demands of the West. Exposure to western culture and values allows outsourcing teams to acquire or foster cultural compatibility with their potential clients. This of course removes— or at the very least, minimizes— any sort of disruption or friction caused by cultural differences between teams in the same company. The inherent cultural compatibility between the outsourcing teams and their clients allows them to share one unified goal and mindset and paves the way for smoother collaborations and an increased revenue-earning potential.

Rest assured that this phenomenon is not static; it is an ever-growing, ever-evolving thing. As cultural barriers begin to fade even more, there will come a time when a Filipino or Chinese outsourcing team is indistinguishable from one based in the US in terms of cultural compatibility and matching values/goals. Synergy between clients and outsourcing teams will be seamless.

Technology is breaking the shackles of menial and painstaking labor.

Besides allowing us to get in touch with each other with a simple click of a button, technology has also helped us do away with jobs that should be beneath us as living, breathing humans. Revolutionary breakthroughs such as artificial intelligence and work automation has allowed businesses to handle menial but labor-intensive tasks more economically and efficiently, such as data entry and mass production. By using machines to do those duties rather than human employees, businesses can save on salary and health insurance costs while also increasing efficiency and work quality.

The above may seem like a frightening concept at first. We’ve all heard that nightmare science-fiction scenario where the mass-adoption of AI and robot technology have all but made the entire human workforce utterly redundant, resulting in astounding poverty and squalor. As believable as it may be, this idea is still rooted in science fiction and has no basis in reality. 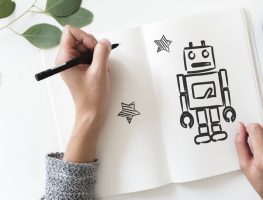 For one, it ignores the fact that businesses will always see humans as its main customer and its main source of revenue. If the human workforce is rendered completely useless, no one will be earning any salaries, and as such businesses will have no one to buy their wares or services. The economy will immediately freeze or collapse entirely.

There’s also the fact that no matter how advanced robotics or AI technology becomes, they will never be able to successfully replicate a human employee in terms of skill, versatility, and creativity. Human employees will still be required to look after these machines, to repair them, to supervise them, and even to create better and more improved versions of them.

How does this figure into the inevitability of outsourcing? It basically means that a large portion of the workforce – specifically, the younger sector that’s been relegated to menial, minimum-wage tasks – are now released from these jobs, allowing them the freedom to pursue alternative occupations that should not only pay more but also have more importance to society and the world in general.

With the internet allowing anyone with a connection and a computer to have access to free educational and instructional materials, anyone can now arm themselves with the skills necessary for more rewarding and lucrative careers, without incurring student loans and tutorial fees in the process. From here, we can easily make the prediction that there’ll be a huge influx of self-educated but competent outsourcing teams and experts in the market, each one offering their unique set of talents to companies all over the world. To simply ignore them or write them off as a mere trend or fad is to deny your company the enriching insights and expertise that these people can bring to the table, at prices that even the most budget-conscious of CEOs or managers will love.

Technology is allowing us to do more with less.

Technology is also helping the gainfully-employed part of the workforce to be more productive, and not just in their main jobs. Before, a working member of society was expected to hold down one single job for the rest of their life, specializing only in one aspect of their occupation until either they get promoted or fired. Now, with all the information at our fingertips and completely free of charge, employees can develop new skills and expertise in their free time, which can lead to them having part-time jobs, like freelancing, that are just as profitable as their regular jobs!

Besides this, technology is also enabling employees to do their jobs remotely, letting them avoid the time-consuming commute. Telecommuting also allows them to work just as efficiently with their coworkers, facilitating the real-time information sharing needed to foster successful collaboration even if they are cities or even countries away from each other. 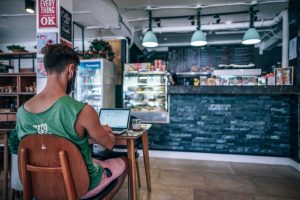 Again, what do these have to do with the inevitability of outsourcing? Well, first, the fact that many professionals are now more empowered than ever to develop other marketable skills will mean that outsourcing experts and teams with highly sought-after skillsets will become much more commonplace and available. Their growing number will no doubt lead to price competition, which again, allows businesses to score the experts they need at lower and more affordable rates.

In turn, this setup helps self-taught experts from impoverished or third-world countries earn additional income, rise from poverty, and improve their way of life, all without making them resort to extreme backbreaking or time-intensive labor. In a world where 3 billion people earn less than US$2.50 in a single day, outsourcing is a gift that these workers will latch onto and continue to drive forward.

Telecommuting also helps massively in enabling the very concept of outsourcing in that it allows clients to have a wider pool of potential outsourcing partners to choose from and augment their business operations with. To companies that are focused on having a diverse and economical workforce, this situation is preferable to being limited by the employee pool in the locality of the business.

With all of these benefits and markers, it’s impossible to deny that outsourcing is an absolute necessity for businesses that want to sustain their growth.

Outsourcing is inevitable because it is the only feasible and mutually-beneficial path forward.

To reject outsourcing or to turn it away is to forsake all of the benefits that technology has blessed the business world – and society – with. To reject outsourcing is to willingly deprive your company and employees of the additional opportunities and business growth that it can bring, which can improve your profit margin and the quality of life of your employees. But most of all, rejecting outsourcing is to deny all the good it can do to the less fortunate countries of our world. Dole outs are not sustainable, and these people want to work for their success. They want to earn it, and outsourcing offers them the opportunity they need to succeed and support themselves. 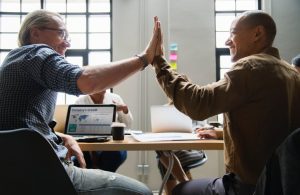 Outsourcing can’t be stopped. Nothing can impede it; no sanctions, borders, or trade barriers will. Those who refuse to make it an option for their company will be overtaken by those enterprising souls that have rightfully decided to see the light—the same individuals or companies that are now rising to meet this exciting, borderless business landscape of the future.