Business process outsourcing firms have always had a long and tough fight in front of them, especially when it comes to getting prospects to transition into becoming actual clients. It’s possible that potential clients will be put off by the long contract lock-in period and the high cost of investment, which can easily reach up to 60,000 to 100,000 USD. Aside from that, there’s also the fact that these prospects may not even know about outsourcing and how this option can help their company.

This is unfortunate, as we believe that businesses of any type and size can easily reap the benefits of outsourcing. After all, many businesses are currently flourishing just by outsourcing their non-core processes to another firm that can provide high-quality services for a minimal cost. Logically, such positive results should help make outsourcing a more common option for many companies – but it hasn’t yet. 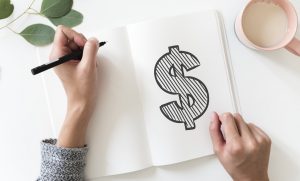 So how do we entice more businesses to get into the outsourcing bandwagon? The answer is simple: we need to increase the prospective client’s familiarity, comfort, and trust in outsourcing, both as a concept and as a sector of business. This seems obvious enough, but there are a few notable barriers in the way. Here are those barriers explained in full.

Let’s start with the first barrier: lack of knowledge. Many business owners do not know that outsourcing exists or is even an option for their company, and that it can help them grow their operations.

There are many reasons for this. For one, the company in question may in fact be doing well on its own without relying on any outside firm for its processes. Due to this, the company’s decision makers may not see the merit in venturing outside of their comfort zone in terms of business practices. After all, if it’s not broken, why fix it? In addition, the company may also be a startup that’s enjoying brisk business and, as such, is averse to doing anything new that might stall or even stop revenue from flowing in.

The business owner may also be simply too busy to even consider looking into outsourcing, or any other business practice that could contribute in growth. They already have a lot on their plate as it is, from handling their teams of employees to forming relationships with customers and investors. Outsourcing may not even be on their radar—not out of ignorance or being risk-averse—simply because they just have too much to worry about at the moment. 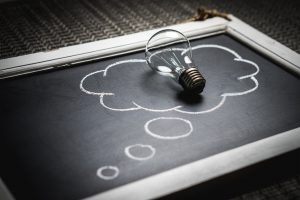 Besides lack of awareness, the business might also be averse to the concept of outsourcing. With the current political climate, it’s not uncommon for businesses to shun outsourcing, either because they want to ‘protect’ local jobs or in order to protect their company’s image. As such, they might take a very long time to warm up to the idea of outsourcing.

This outright resistance to outsourcing is definitely something that BPOs have to contend with when pursuing leads. After they manage to get past this particular barrier, they’ll have to think about the next possible issue, which is:

There’s a high chance that the initial sales pitch that a BPO must put forward during negotiations can put off a perspective client simply because of how expensive the sales ask can be. To put this into perspective, an outsourcing contract that involves a 4-man team with a 12- to 24-month contract period could have the price tag of 60,000 to 120,000 USD at the minimum. Asking a company that is relatively inexperienced with outsourcing to invest that kind of amount right off the bat can easily turn negotiations sour.

The long commitment period can also be a potential sticking point when it comes to locking in the deal.  Once that contract is signed, there’s not much a business can do to get out of it before the contract period expires, unless they want to lose money, attract negative attention, or get into a pitched legal battle. This means that if they find themselves wanting to dismiss the outsourcing team for any valid reason, such as poor performance or lack of professionalism, they’ll have a very difficult time trying to do so. Even if they manage it, then they will have to deal with the fact that they’ve lost a large amount of money on the contract. That’s a prospect many business owners won’t be particularly thrilled with. 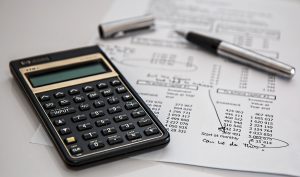 Unhappiness between both parties

These hurdles, if not cleared or resolved during contract negotiations, will inevitably lead to dissatisfaction between the 2 parties. On the potential client’s side, their inability to get over the high asking price of the initial contract, as well as the long lock-in period, will cause them to simply turn away and refuse. The effect may be detrimental enough that they might write off outsourcing entirely and even warn their business partners and investors about it, making it even more difficult for BPOs to pursue leads.

Outsourcing firms are not exempt from the negative effects of such a situation. They’ve already spent quite a lot of resources in generating leads, grooming their team, and fine-tuning their sales cycle—and they won’t get those back once a deal goes south. Such an outcome can certainly demoralize anyone, and BPOs are no exception. Smaller BPOs, in particular, may feel the loss for quite a bit, as acquiring new clients is generally far more expensive than simply retaining old ones.

When we combine all of these issues, we finally get a clear picture of why BPOs have such a difficult time generating new leads and converting them into clients. This situation is utterly lamentable and regrettable because, again, there is literally no reason why any business should turn down such a great opportunity as outsourcing. Everyone stands to benefit from it, no matter if you’re just a small startup or a huge multinational enterprise. It’s all just a matter of how much outsourcing you can do.

With that said, the solution to this particular predicament is a simple one. 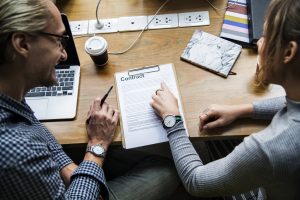 To truly resolve the hurdles listed above and to successfully turn a prospect into a client, a different approach is needed – one that’s slower and more gradual, as opposed to something very direct and quick. We call this the ‘Stepping Stone’ approach.

The stepping stone approach, in a nutshell, involves slowly but surely exposing the prospect to the information they need in order to form a decision, while also providing them cheaper outsourcing services that won’t keep them locked in for a long time. The sales pitch can’t be so direct that it presents the 60,000 to 120,000 USD contract off the bat; rather, it has to focus on building up the prospect’s knowledge on outsourcing first, and then sell the services much later.

This slower approach builds a relationship that’s based on trust and support between the prospect and the BPO – enabling both parties to know more about each other and thus become more agreeable.

While this relationship is moving forward, the BPO should have already begun plying the prospect with better deals and upsell opportunities. For example, they may have engaged the prospect’s attention with a cheap outsource opportunity that costs as little as 100 USD – an amount of money even owners of a small business won’t mind handing over, especially if it’s to gauge whether a potential business option is legitimate or not.

Assuming that the result of the 100 USD job exceeded the prospect’s expectations, then the BPO can upsell to a longer contract or a more labor-intensive outsourcing effort. From 100 USD for a menial task that lasts a couple of days, to 1,000 USD for a more challenging business process and a lock-in period of a month. From there, the BPO can pitch more expensive outsourcing deals for even longer periods, until they reach the 120,000 USD/24-month contract—or even more, if they’ve managed to earn the client’s trust.

Of course, the BPO’s pitch doesn’t have to follow this particular example to the letter. Not everyone has the time to groom a prospect or invest in such a long and drawn-out process. However, the spirit of it must be maintained in order to truly bring the prospect into the fold and have them transition into a fully-fledged client. 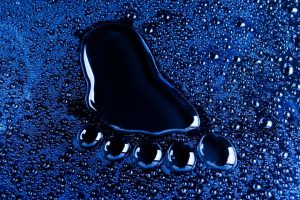 The biggest obstacle in converting leads can be overcome not by force, but by careful and gradual application of information, as well as by developing the trust between the prospective client and the BPO itself. By approaching business owners as a potential lifelong business partner rather than a one-time customer, BPOs can remove much of the unneeded friction that can end up souring their negotiations.

This is where Outsource Accelerator can help you. Our company has the information you need for the STEPPING STONES approach and offers a wealth of articles and sources that you can use as a resource in making decisions about outsourcing, regardless if you’re a prospective client or a BPO that’s hoping to close a deal. We also offer the best outsourcing packages that are provided by our verified BPO partners to get you started on outsourcing without the big commitment ask.

Outsource Accelerator believes that outsourcing is the future—a win-win scenario that businesses from all over the world cannot afford to overlook. Get in touch with us now and we’ll get you started right away.