A direct overseer of a “tech revolution” that has happened in the Philippines—and the blossoming of tech hubs all around the country’s 3 island groups—is its telecommunications sector. In the past decade, the telecom groups have shifted from their rule of traditional broadcast media to multimedia. They are behind a spurt in the business activity, as well as the fulfillment of everyday communication needs, of Filipinos.

From its beginnings in 1979 to its current role in the new millennium, the National Telecommunications Commission (NTC) has managed the country’s expectations for telecommunications service increasing in bandwidth. We have transitioned from analog to digital, and from cellular phones and desktop computers to smartphones and tablets.

Here’s what you should know about one of the most important regulatory bodies in the Philippines’ communication and commercial sectors, and how to keep “wired” to your potential business partners in the country.

NTC is an official attached agency of the Department of Information and Communications Technology (DICT). The agency’s official mandate has the following scope:

The calendar year 2020 is not too far in sight, and from now until then, the NTC upholds a vision to become a world-class regulatory agency and leader in the global telecommunications and information sector.

Toward the Philippines’ overall progress and development, NTC’s mission is to shape a responsive regulatory environment for telecommunications and information infrastructure and services. They work with Philippine companies to ensure viable and affordable communications systems for all, and govern toward the well-being of the Filipino people in the ever-evolving information landscape.

On growth and nationwide connectivity

With its parent agency DICT, NTC fosters an initiative toward National Connectivity. A background paper in the World Bank’s World Development Report of 2016, titled “Exploring the Relationship between Broadband and Economic Growth,” asserts connectivity as a growth driver, and noted that a 10 ten percent point increase in mobile broadband penetration boosted the Philippines’ gross domestic product (GDP) by 0.32 percent.

Connectivity has yet to become accessible and consistent to all Filipino people, throughout all Philippine regions and districts. But strengthening these linkages between the localities, as well as outside of the country, remains a priority for NTC and the country’s primary telco players.

Our circumstances will only get better throughout the years—and the Philippines might see a positive shake-up to the industry, and to online accessibility, in the near future, via entry of fresh blood.

A future newcomer to the Philippine telco-sphere

In the first months of 2018, DICT held the First and Second Stakeholders Consultations on the Entry of a New Major Telecommunications Player in the Public Telecommunications Market. Last February 19, DICT and NTC released a draft Memorandum Circular (MC) with the terms of reference (TOR) for the selection and assignment of frequencies for the new major player.

The population of 300 stakeholders, which comprised local telecommunication players, embassy representatives, and the media, were slated to provide input for the MC before it was finalized for implementation by March 2018.

For decades, the cellular networks and digital services of Globe Telecom and PLDT Inc. (formerly the Philippine Long Distance Telephone Company) have dominated the country’s telecommunications sector. But the introduction of a new player in the future will raise the competitive standard that these companies have in strengthening the cellular and digital networks of Filipinos.

Communicating a goal for the future

That said, what do the NTC and the developments in Philippine telecommunications bring to the IT-BPM sector? Why do these matter for our international business partners and clients? And, why should you look forward to the reception signal in the Philippines being clear for your company?

A bolstered telecommunications industry—founded on solid business practices, healthy competition, and a collective mindset to harness Philippine potential and connect it elsewhere—establishes just the right business environment for Filipinos and foreign partners to work together. 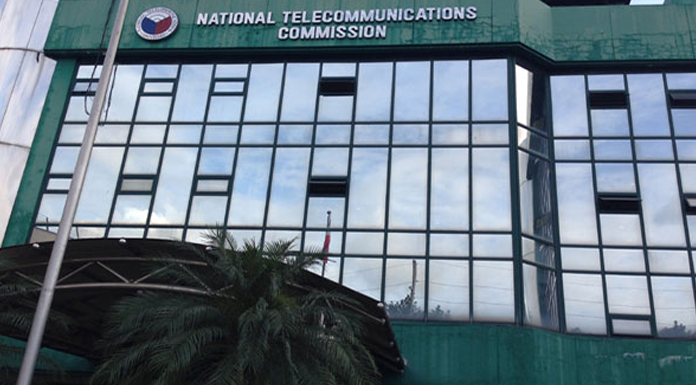 As a mechanism to groom solid Filipino talent, the Philippine IT-BPM Roadmap 2022, or Accelerate PH, is currently in place. Roadmap 2022 aims to accelerate the growth of the PH IT-BPM industry, and this it does by mapping multi-sector initiatives, strengthening respective domain expertise, leveraging advancements, and cultivating the talents of Filipino workers to be future-ready.

IT-BPM is one of the fastest-growing sectors in the sphere of Philippine employment, and thus one of the biggest drivers of our economy. For good reason, the Philippines is one of the most sought-after international investment destinations in IT-BPM services. Filipinos value hard work, resourcefulness and, of course, being well-connected.

Fresh new talents are starting to make names for themselves in the specific sectors of Animation and Game Development, Contact Center and BPO, Health Information Management, IT and Software Development, Global In-House Centers Operations, and others. The Filipino brand and standard of service is considered by many to be world-class.

As Roadmap 2022 points out, the IT-BPM industry in the Philippines will be witness to many coming innovations in digital transformation, artificial intelligence, big data and analytics, and evolving delivery models. Thus, all players within the government, private sector, and international business sectors are encouraged to be dynamic and competitive enough to keep up with the changing times.

Look no further than the National Telecommunications Commission for updates on national (consequently, international) connectivity among Filipinos; the developments of our local telco companies (and any future entrants into the Philippine market); and how the Philippines will constantly improve its broadband situation to optimize international working partnerships that are made online, and beyond.