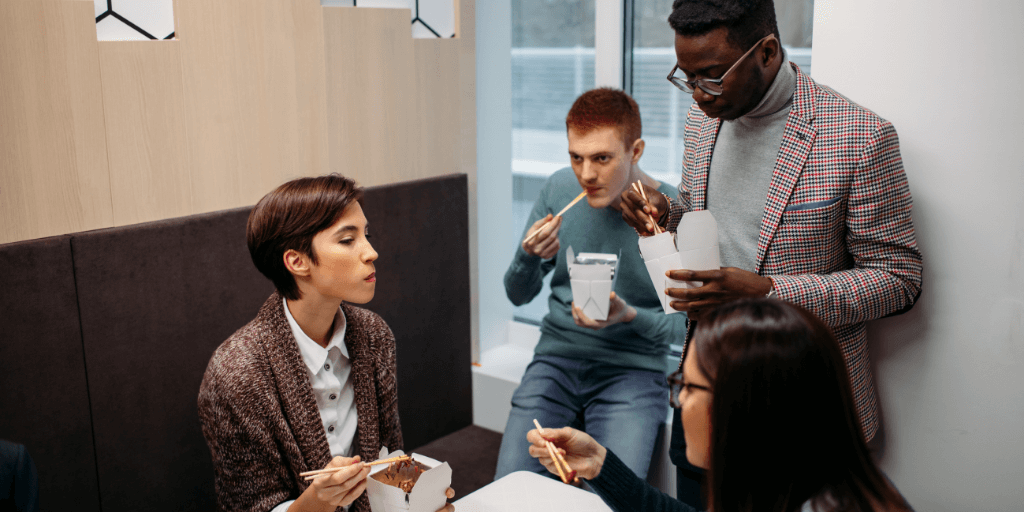 Returning employees are being greeted with much higher prices for everything — commute, gas prices, daycare, groceries, clothes, and even food. The increase in the latter has contributed to a new phenomenon called “lunchflation.”

According to the US Labor Department, the index for food away from home increased 7.2% over the last year. The Bureau of Labor Statistics added that food prices jumped by 9.4% in April — the biggest jump since April 1981.

Gas prices are hitting record highs due to the Russia-Ukraine war. According to AAA, the average for a gallon of regular gasoline in the United States (US) is now $4.60. Parking prices also surged compared to the pre-pandemic prices, with some spaces adding $8 to their rates per day. Even buying work-appropriate clothes is also a burden as apparel prices went up by 5.4% year-on-year in April.

These price increases tend to eat up the income of most employees, especially if their salaries aren’t keeping up.

Kelly Yau McClay, a worker based in Potomac, Maryland, said that “lunchflation is 100% real, everything is more expensive.” As a hybrid worker, she stated that she spends $30 to $35 a day on work-related expenses — such as lunch, coffee and snack runs, and parking.

To combat the inflation, New York-based insurance worker Sarah Hill shared that she brings things from home, “whether it’s leftovers or a cup of noodles to get me through the day.”

While most companies are looking forward to welcoming back their employees to the office, price inflations seem to be getting in the way. And this phenomenon not only adds to the expenses of the employees but also to their stress level.

That is why employers should think deeply before implementing full-time remote work. If hybrid workers are already suffering the effects of inflation, what more could happen if they have to go back to the eight hours-five days a week format of the pre-COVID era?