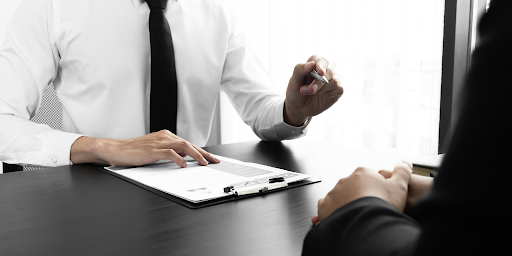 The United States is seeing new jobs added to its ever-expanding vacancy list. But, recently tech firms have been freezing recruitment activities. Experts say that this could be due to macroeconomics, eased mobility restrictions, stock market movement and plateauing growth.

The tech industry is one of, if not the biggest beneficiary of the pandemic. In the last two years we have seen the demand for tech professionals immensely skyrocket. But based on recent news, it seems hiring in for tech is slowing down.

According to a report by CNBC, Facebook’s parent company Meta is holding hiring and scaling down recruitment plans.

Amazon reported that their warehouses are overstaffed, after it had doubled its hiring activities in the previous year.

Uber is also putting a halt to hiring, saying that it will be cutting costs across the board.

While economists believe that the slowdown in hiring will not be felt by all industries, they say that it is not far-fetched that this will eventually be how it is going to be across different sectors.

“Inflation is at 8%, economic growth is now starting to slow, people are just not buying as much,” Terry Kramer, an adjunct professor at the UCLA school of management said. “And so that, to me, is the Amazon story more, where on e-commerce, their core platform, people are just being more cautious about what they buy. Because on an inflation-adjusted basis, there’s less dollars available to be spent by consumers.”

For a company like Amazon, inflation means the firm’s costs will rise. “If the consumption of their products and services are not going up as well, as high, that could eat into their margins,” explained Agron Nicaj, associate economist at The Conference Board. “So they’re forced to slow down their growth.”

But slowdowns at other companies may be more specific to their businesses. For instance, Kramer attributed Meta’s hiring freeze in part to Apple’s iPhone privacy changes, which hurt Meta’s ability to target ads.

As lockdowns were lifted, people’s movements and spending habits are also going back to how they were before the pandemic. Investors who have flocked to stay-at-home businesses like Peloton, Zoom and Netflix are also readjusting.

Big Tech Companies Are Starting to Freeze Hiring. Should You?The hangover from a hiring binge leaves some companies wondering if they’re too labor heavy, especially if the economy slows. But that might be an opportunity for smaller firms.

“When the pandemic struck, it was basically a preference shock,” said Daniil Manaenkov, an economic forecaster at the University of Michigan. As those preferences shifted, he added, the government stepped in to help businesses where demand suddenly hit the wall.

Now, the cycle is reversing, but without the government’s help.

“Now that we are going through the reverse shock, there is no help from the government, but it’s still a preference shock,” Manaenkov said. “So it has the potential to be somewhat painful for the sector that benefited from the pandemic. But also for people who were employed there because they’re not going to get generous unemployment.”

Kramer noted that a hiring slowdown in tech doesn’t mean the industry has stopped growing.

“People have to look at how much they’ve grown in the last, two, three, four years because of Covid,” Kramer said. “If they’re growing at 30, 40% and then they go down to zero to 5% growth, they’re still growing and they’ve already hired so many people.”